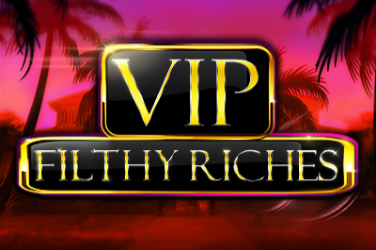 It turns out that the game VIP Filthy Riches is the typical luxury-themed game that showcases the lifestyle of those who are wealthy in everything from the vehicles they drive to the private jets they use to travel all over the world, and safes that have doors that are gold-plated. Where they store their cash. It's the Booming Games slot machine and this isn't their first time to make a mark in this new category of slots.

One of the features that makes the slot unique is its use of four reels to create the standard combinations, and the fifth reel being used to offer multipliers as high as 50x for the most lucrative winnings. Furthermore, you receive the standard scatters, wilds, or free spins, which means that the typical combination of features can be to be expected. The game's chances of winning are impressive, with 4,000x your stake ($800,000) being the most the game could earn.

Take a look at The Total Bet section to the right of the line number. It will offer you the choice of choosing the amount that is of between 0.10 to 200 per spin which are activated. If you complete 10 rows the amount allocated to each row varies from 0.01 to 20.

When playing the game that uses three or four symbols to form combinations, the highest payout on the regular reels could only be 1600 dollars (8 times your stake). However, with multipliers up to 50 times on 5th reel winnings could reach as high as USD 80,000. Only the combinations of four symbols will open the Multiplier Reel, which means that the three symbols that are rewarded will stay in their lowest value. If you cover 10 lines there is the possibility for you to win as much as $800,000 with one spin which is 4000 times the stake.

The game features a style of play that is odd, but it's not overly. There are four main reels. Combinations of 4 or 3 symbols will be formed in them, like every other machine. If you have four matching symbols on a line then you can also get the multiplier reel which is the fifth column. It can be opened and reveal the multiplier that varies between 2x and 50x.

To access the more standard options, we start with Wild Buttons, available to serve as substitutes for any symbol that forms combinations. In addition, you can also play Champagne Scatters. These are symbols must appear at least three times to win free spins. In this case, you can win 3 seven spins based on the number of scatters which activate them. This feature can be reactivated. Only the major symbols are employed on the first four reels, which means you will get the highest paying slots wilds, scatters or scatters and lower paying symbols taken away. The most important symbols are with stacked.

The slick theme offered here isn't novel, but it performs quite well in VIP Riches. The fifth reel shows the vault doors are closed for the majority times this isn't a normal layout. First four reels feature Royals in one corner, and images of champagne, cufflinks yachts, private jets and luxury vehicles. Visit Wunderino casino game rooms for the best experiences.