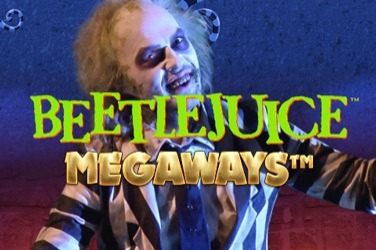 Have you been watching comedy films for years now? If yes, you might recognize some of the characters included in Beetlejuice Megaways spiele. This is a slot machine based on a classic movie that was quite popular in the 1980s. It is a five-reel slot that makes use of the Megaways system. As you start spinning its reels, you should expect cascading reels and transforming symbols.
How to play Beetlejuice Megaways spiele
The slot machine borrows some elements from a movie to help film lovers enjoy playing it. During your gameplay, you will come across images of Winona Ryder and Keaton and other symbols such as the snake creature, a dead receptionist, and a shrunken headed man. In support of the theme, it has a movie soundtrack that accompanies spinning. Just like Mystic Mirror slot, this game is accessible from different devices, including mobile ones.
Lining up most of the reels' symbols can help you multiply your stake up to 5 times. Thanks to the use of the Megaways system, the number of winning ways vary from time to time. Though this can affect the volatility of the slot, it still maintains an RTP of 96%. When you come up with winning symbols, they will disappear from the reels to provide room for new ones. The cascading reels, therefore, give you a chance to form new combinations.
What features are available in Beetlejuice Megaways spiele?
A slot machine does not feel complete without certain features. This game comes with a wild symbol that shows up above the vortex. This replaces the rest of the symbols. You should also watch out for the shee ghost icon, which can land anywhere during spinning. This represents the transforming symbols. The scatter comes in the form of an illuminated Betelgeuse sign. Landing three of these can help you trigger eight free spins.
Discover the latest casino games now and start playing at the best online casino in Deutschland.