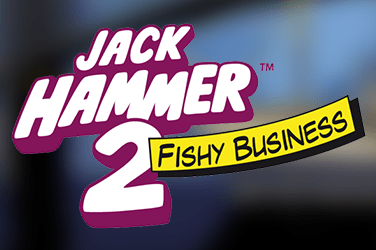 The sequel to the popular NetEnt game of Jack Hammer comes as action packed as the first one, with the logical name Jack Hammer 2. Featuring a cool comic book style design, Jack Hammer 2 is bound to impress you. After the really nice intro, you are presented with the reels of Jack Hammer 2 and its well drawn symbols. You will find the mafia boss himself smoking a big cigar, a beautiful lady artist holding the microphone and the vigilante hero himself. If you’re a fan of classic comic book crime fighting, you’ll love Jack Hammer 2.

In addition to the nice looks, Jack Hammer 2 also comes with a number of bonus features. The Sticky Win function is a feature that makes the reels after certain winning combinations stay, or stick, and the rest keeps on spinning – adding to your already successful combo, making for the possibility of winning big! Adding to this, you also get Free Spin mode, where all your winnings are doubled, and the Wild symbol, which works as a replacement for other symbols to help you form winning combinations. Join the crime fighters of Jack Hammer 2 and enjoy a great slot game!