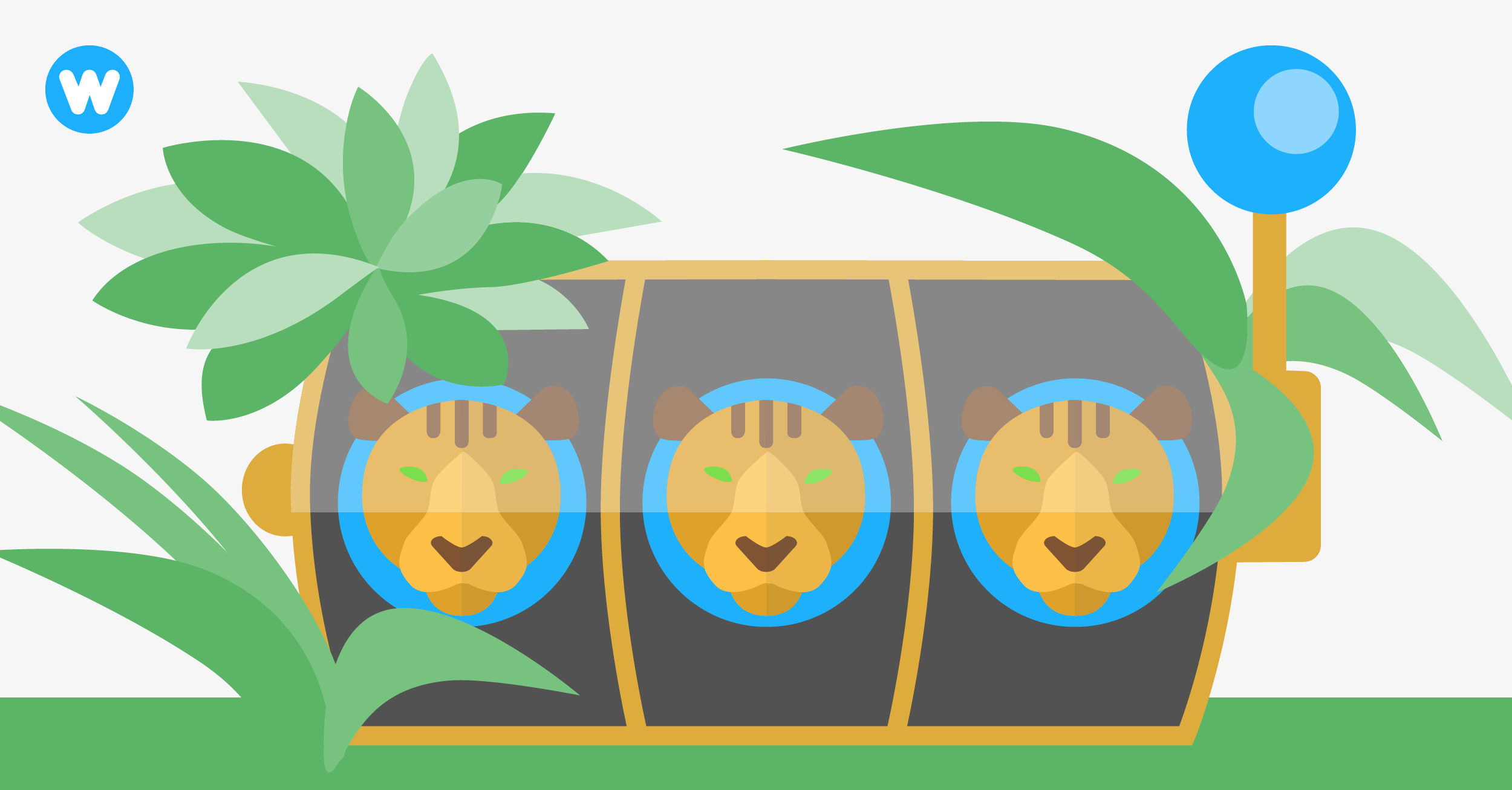 Today a little crazy monkey with his monkey band and Tarzan and Jane are waiting for you. Because we’re taking you to the African jungle with Loco the Monkey and Lord of the Wilds. Wonderful treasures and action-packed adventures are hidden in the mist of the jungle. Both are just waiting to be discovered by you. Raise the curtain on our Jungle games!

The first Latin hip-hop group to score a major hit and go platinum in 1990 was Cypress Hill from South Gate, California. One of their early breakthroughs, Insane in the Membrane, not only gave us the wonder of soprano rapping, but also promoted the word "loco" into the mainstream. Since then, it has come to be used to describe someone who is wild and crazy. Loco is also the name of the monkey in the slot Loco the Monkey. He is a playful little fellow who brings a fair amount of action to the reels, in addition to fun adventures.

The developer Quickspin is known for its colorful and cheerful designs. So it is not surprising that Loco the Monkey comes in a very colorful guise. Consisting of five reels and 50 paylines, the grid is bursting with lush tropical fruits and grinning monkeys – all set amidst a dense, green jungle. Slightly less friendly are the snakes that snake around the frame of the slot. You can join the fray on any device from mobile to desktop. The stakes range from €0.25 to €100 per spin. Loco the Monkey may not be the angriest beast in the jungle or the most volatile slot, but the RTP is slightly above average at 96.15%.

Winning combinations are formed on the spider web of paylines when at least three land next to each other as seen from the leftmost reel. An exception to this rule is the highest paying symbol: the banana. Should you grab five bananas, you will receive ten times your bet. The rest of the premium symbols also consist of fruits, such as pineapples, berries, limes and mangoes. The other ones are composed of 9-A card symbols, whose design is rather plain. Loco appears as a wild symbol on reels two, three, four or five.

As far as features are concerned, Loco the Monkey offers a lot of wild action as well.

It starts when four or more wild symbols land in the same base game spin. This activates the "More Monkeys!" respin mechanism. All triggering wild monkeys then stay where they were while reels two, three, four and five spin again. If another wild monkey lands, it in turn is locked for another respin.

As usual with this type of feature, respins are awarded as long as new wilds land. And also in the free spins feature, the motto is: unleash the gang of monkeys. If three of them land at the same time, the "Monkey Frenzy!" free spins feature is triggered. This bonus includes ten free spins and Sticky Wilds. When a Loco wild lands, it is locked in position for the remainder of the free spins.

The look of Loco is very appealing, the sound effects are insanely good and the game has a lot of charm overall. Look forward to a happy time in the jungle with Loco and his gang of monkeys.

Meet the king of the jungle in Lord of the Wilds

Developer Red Tiger takes you to the steamy African jungle to Tarzan with this absolute blockbuster slot. He is joined – how could it be otherwise – by his lady of hearts Jane, and with her fantastic features and enticing free spins. There’s no need for kidnapping in Lord of the Wilds: you’ll surely follow the king of the jungle voluntarily.

However, the captivating look of the slot will surely seduce you at the very least. Because despite the danger that lurks around every corner, the jungle world captivates with its fairytale beauty. The soundtrack with its pulsating drum sounds is almost hypnotizing. Lord of the Wilds is playable on any device and runs with stakes from €0.10 to €40 per spin. Under the canopy of the jungle is a medium / high volatility mathematical model, the RTP is a solid 95.66%.

On the five reels you’ll find 30 paylines on which winning combinations can land. These are created when three or more matching symbols are lined up in a row from the first reel. The symbols are made up of nine regular payouts, a wild and a scatter. Four suits of cards (clubs, diamonds, hearts and spades) represent the low wins, followed by a toucan, a gorilla and a panther for medium wins.

It should surprise no one that Tarzan and Jane are the best paying symbols. The wild is a separate Tarzan symbol.

Lord of the Wilds: Features

As the name suggests, the Wilds are the key to the best moments here. They appear in both the modifiers and the free spins round.

Whatever the payoff is from the features, they’re always nice-sounding. Tarzan’s Treasure is awarded completely randomly on every spin. Once activated, Tarzan comes swinging out of the jungle on a vine and adds Tarzan symbols (not Wilds) to the reels. He can even swing randomly to add free spins symbols, potentially triggering the bonus round.

Lord of the Wilds: Conclusion

Visual experiences of the extra class, great features and a mega bonus game await you at Lord of the Wilds. If that’s not enough for you, you can certainly find numerous other Jungle games for free at Wunderino.

We are always amazed at how many great slots there are, and are happy every time we can introduce our new favorites to you. Loco the Monkey and Lord of the Wilds offer you a wonderful change from everyday life and send you on a journey to a world you’ve probably never been to before – whether at home on your PC or on the go with the Wunderino app. Immerse yourself in them and enjoy the great scenery, the mega sound and regular bonuses and free spins – it’s worth it. Have you become curious? Then check out Wunderino.me and Wunderino-online.de and discover what Wunderino stands for.