Sparta meets Spartacus: Two slots that have it all! 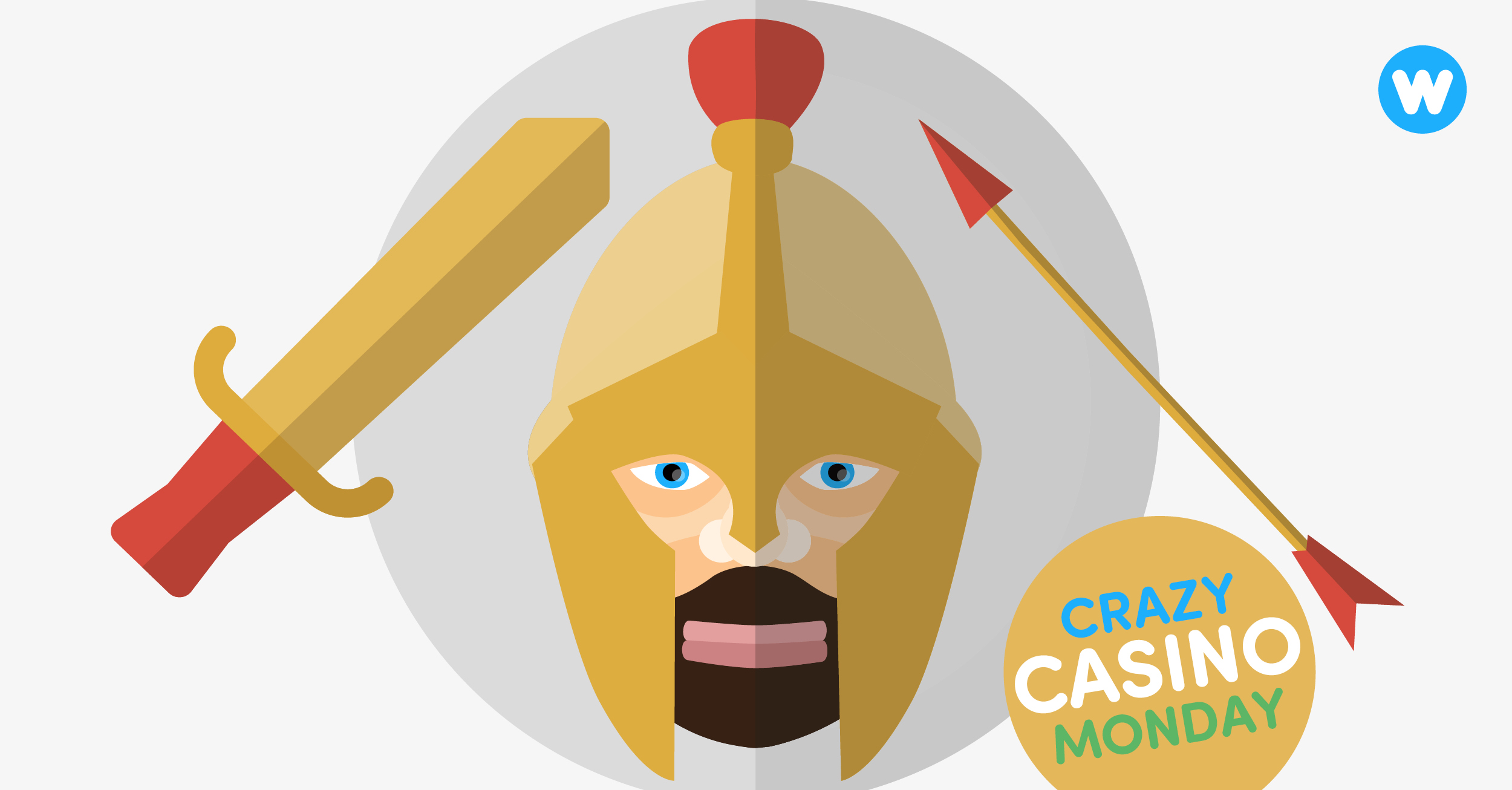 Today we have two absolute heroes of the ancient world on offer. Gladiator meets king, Rome meets Sparta, strongman meets strongman: Spartacus and Leonidas are the names of our two main characters. Their battlefields are Spartacus Megaways and Spartan King. Let yourself be carried away by the brave warriors and experience superlative gaming fun.

Spartacus kicks off the game: The name is probably familiar to everyone. Whether Hollywood blockbuster, comic, cartoon or novel – the story of the gladiator, who led Rome’s slaves in an uprising against the superpower in 73 BC, is legendary in the truest sense of the word. But with the online slot Spartacus Megaways, WMS has also managed to hit the bull’s eye. Like Spartacus himself, the developer relies on swords and sandals for the symbols. Surrounded by columns and heavy red damask curtains, you can literally feel the heat, smell the sweat and feel the tension before the gladiators enter the arena. You won’t be in danger of gladiatorial combat in Spartacus, though, just enjoying the excitement of the game. The grid consists of six main reels and a horizontal reel with four positions. The bonus reels are usually located above the main grid. WMS, however, breaks with tradition here and lets them run along the bottom. The gameplay is complemented by a rousing soundtrack that adds to the theatrical visuals. Playable from €0.20 to €20 per spin, Spartacus Megaways offers an above-average RTP of 96.32%. The volatility is also solid. The paytable consists of twelve symbols. The low symbols include Roman kings, followed by axes, swords, helmets, tigers, gladiators and the game’s logo.

Spartacus Megaways has several features, such as cascades, a curtain feature, as well as free spins.

The Cascades feature: It is triggered when you get a winning combination of three or more matching symbols. If this is the case, the feature does not break the chains, but winning symbols from the reels, so that new ones can fall into the gaps.

The Curtain Feature: On each spin, a random number of reel positions are covered by red curtains. If a win is achieved in the base game, the curtain disappears from a position on a random reel. This expands the win paths and opens up the grid to increase the chances of additional cascades.

The Free Spins Feature: To unlock free spins, you need four or more amphitheater symbols in view. And the wheel starts spinning, which can award between six and 16 free spins. During the free spins round, any wild that lands expands to cover the entire reel – including any positions covered by curtains. Also, if three or more scatters are visible, the same number of free spins that originally triggered the feature are awarded again.

Anyone who enjoyed playing its predecessor, Spartacus: Gladiator of Rome, will love Spartacus Megaways, because it has just about everything that Spartacus games must have: gameplay enjoyment at its very best, great design and fantastic sound. Also, the extraordinarily high maximum win should put you in heavenly spheres. Are you looking for free online games? Then take a look here.

Let’s continue with another hit slot from one of our favorite developers: Pragmatic Play. The virtual slot machine tells you the heroic story of the Spartan king Leonidas and his 300 warriors. With them, the Spartan faced an overpowering Persian army to protect his homeland, dying a heroic death with his companions. The sunny coasts of the Peloponnese greet you on the start screen along with the Spartan King himself. The game has a fighting character and will surely arouse your fighting spirit. The 5×4 grid with 40 paylines features the glittering Mediterranean Sea, wide fields, hidden waterfalls and cliffs as a backdrop. You can experience this wonderful setting on any device and with stakes ranging from €0.20 to a maximum of €100 per spin. The game runs on a highly volatile mathematical model. The RTP is surprisingly good at 96.6%. There are eight winning symbols in total, all of which fit the theme well. They start with the J-A card kings, which are followed by four bonuses consisting of swords, helmets, ships and a warrior. The wild is none other than the Spartan King himself, who substitutes for any payout symbol. Spartan – the word probably sums it up best when it comes to the features. There aren’t too many of them – but that doesn’t diminish the gaming fun at all.

Those who are interested in the world of ancient Greece will absolutely find themselves in Spartan King. The virtual slot machine convinces with its captivatingly beautiful graphics. You want to play this and many other cool games for free? Then let’s go to Wunderino.

What a pleasure to play these two slots. Exciting battles, wonderful backdrops and two heroes you’re only too happy to identify with make for a wonderful experience. We love these two slots. You want even more: no problem. Whether on PC or mobile: at Wunderino and in the Wunderino app, numerous bonuses and many new games are waiting for you for free. You like free spins? Yay, they are available at Wunderino-freispiele.com!