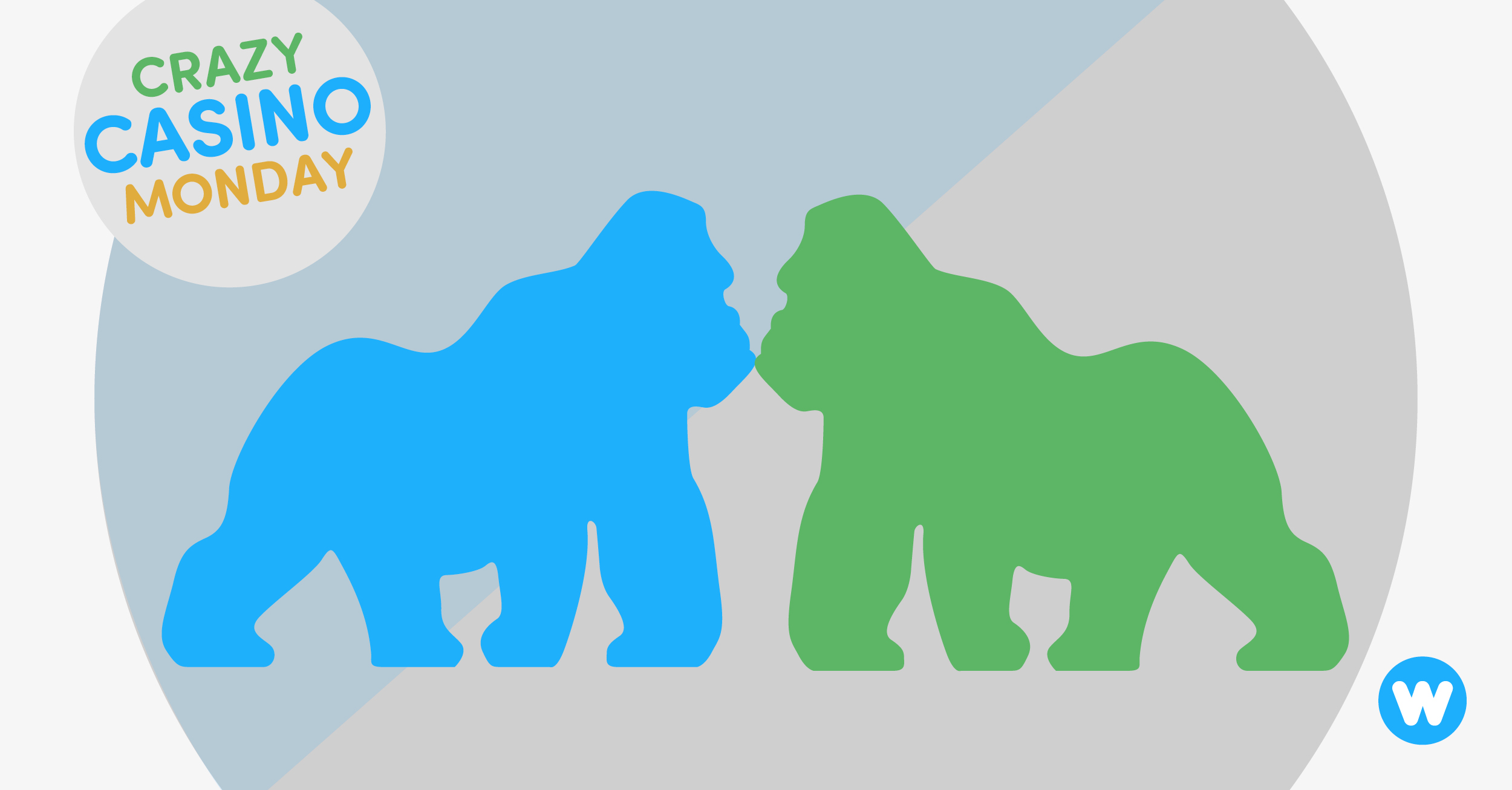 Today we dedicate ourselves to a very special topic and probably one of THE screen heroes of the 20th century: King Kong. In 1933, the epic celebrated its premiere. Whether as a film, comic, book or series: the number of remakes and adaptations is enormous. So it’s hardly surprising that there are also numerous fantastic King Kong slots. Here we present our two favorites, King Kong and King Kong Fury, and take you across the oceans to Skull Island and New York.

For almost a century now, the story of King Kong has captivated young and old. You wonder why? We’ll tell you the gripping story again briefly: The director Carl Denham and his film crew travel to the remote island of Skull Island to shoot their next film there. On board, of course, is the leading actress: Ann Darrow. Barely arrived on the island, the crew gets caught up in a sacrificial ceremony of the islanders. Denham wouldn’t be a director if he didn’t want to film the scene. Stupidly, he is discovered in the process and the islanders demand Ann as tribute to sacrifice to their island god Kong. Is it dawning? Why do you think the village is surrounded by a high wall? Continuing in the text. Denham, the crew and above all the chic blonde escape and weigh themselves for the time being on board of the freighter in security. However, the natives sneak on board, kidnap Ann and offer her as a sacrifice to their god. Called to the altar, the giant ape loosens Ann’s bonds and takes her to his cave. On the way, he fights various dinosaurs and giant snakes. Slowly, the crew also wakes up and discovers the disappearance of the actress. But they are too late, arriving at the altar they find only the shackles – no trace of Ann. A rescue party, led by the courageous Jack Driscoll, finally finds her and rescues her. King Kong is not really amused by this and wants to get his trophy back. Furious with rage, he breaks through the wall around the village, rages among the natives and almost manages to get Ann back.

The eighth wonder of the world

Carl Denham, however, manages to stun him with gas bombs. They take King Kong on board and transport him to New York. There he is put in chains and presented to the paying public in a theater on Broadway as the eighth wonder of the world. At the premiere, the giant is so frightened by the flash of the photographers that he bursts his bonds. Immediately, he sets out to find Ann, and rampages through the Big Apple, lashing out and killing. Eventually, he finds her hiding in an apartment, once again takes control of her, and flees with her to the top of the Empire State Building. A squadron of biplanes eventually manages to bring him down, literally. Denham, who is responsible for the whole mess, closes the story with the statement that it wasn’t the bullets that brought Kong down: "It was beauty that killed the beast."

That’s where the story of our first slot comes in. The King Kong virtual slot is based on the 2005 film adaptation of the same name starring Naomi Watts and Jack Black, directed by none other than Peter Jackson. Here, too, the giant gorilla puts all of New York in fear and terror. But don’t worry: the slot is not only something for the eyes, but also has very lucrative features. The payout rate is good and thanks to the many features, absolute thrills are guaranteed. You can switch between two game modes, which makes it especially interesting. The good thing is that the machine has relatively simple rules, which allows you to fully concentrate on its bombastic graphics and outstanding sound. There are up to 20 paylines. You can set yourself how many you want to play on. The minimum bet is a fair 20 cents, the maximum bet is 40 euros. You can win a maximum of 60,000 times your bet.

King Kong: A Slot for Beginners and Advanced Players

King Kong is overall a rather simple slot machine, which makes it very suitable for beginners. The features are quite elaborately designed, while the base game is rather simple. We recommend taking a look at the paytable at the beginning, because all the game rules are explained here, in addition to the values of the symbols.

The slot starts in Jungle mode. In this it is possible to win two features, the Wild Jungle Respins and the Skull Island Bonus.

After the Skull Island Bonus is played through, the Big City mode starts automatically. And also here there are respins, the Wild Kong respins. You get them when the wild symbol appears three times. When the scatter symbol appears three times in Big City mode, the legendary movie scene in which King Kong gymnasts on the Empire State Building starts. This feature is called the City Tower Bonus. King Kong is attacked by three planes and the player must decide for King Kong which plane to attack. Each plane has its own cash value. After the City Tower Bonus, the game starts again in Jungle mode.

King Kong is not only a giant gorilla, but also the most valuable symbol in the game and also the wild symbol at the same time. Other symbols familiar from the big screen are the main characters from the movie: Ann Darrow, Jack Driscoll, Carl Denham and Englehorn. There are also a couple of low-paying letters and a scatter symbol, which is easy to spot because it bears the corresponding inscription.

We’ve whetted your appetite for King Kong slots? We’re going to fuel it even more with the introduction of King Kong Fury. This slot is inspired by the 2017 movie Kong: Skull Island, so it takes us back to the island. This slot also shines with stunningly beautiful graphics and dramatic sound effects. And you should definitely not miss out on this slot either.

King Kong Fury plays out relatively classically on five reels and 50 paylines. The slot is packed with exciting features. They guarantee a gaming experience in a class of its own. Let’s start with the bonus game "King of Skull Island". It is activated when a bonus symbol appears simultaneously on reel one and reel five. You can win up to 100 free spins. Beastly good continues with the Lightning Reel feature, which can be triggered randomly during a spin and can conjure up to 15 additional beast symbols on the reels. During the Kongs Call feature, the giant gorilla can be summoned, which can also provide very lucrative surprises. The high paying symbols adorn dinosaurs, the ones of low value are decorated with the letters A, K, Q and J, as well as the numbers 10 and 9.

How the slot works

In King Kong Fury you will find some old acquaintances again, for example, all the card symbols from 9 to A. On 50 paylines, you will also encounter King Kong himself as a wild symbol and ensure fantastic winnings. The virtual slot machine is teeming with different bonus rounds: We have summarized the most important ones for you here:

For all King Kong fans, both slots are an absolute must. Both convince with graphics and sound, both pick up the theme insanely well and both can do what is the most important requirement for successful gaming: they are simply fun. We can unreservedly recommend both slots. King Kong is more suitable for beginners and newcomers. At Wunderino, however, you can test both first and find out for yourself which one appeals to you more. On the go? No problem, with the Wunderino app you can do that easily on the go. Come on, besides numerous bonuses and free spins, there are many more surprises waiting for you.