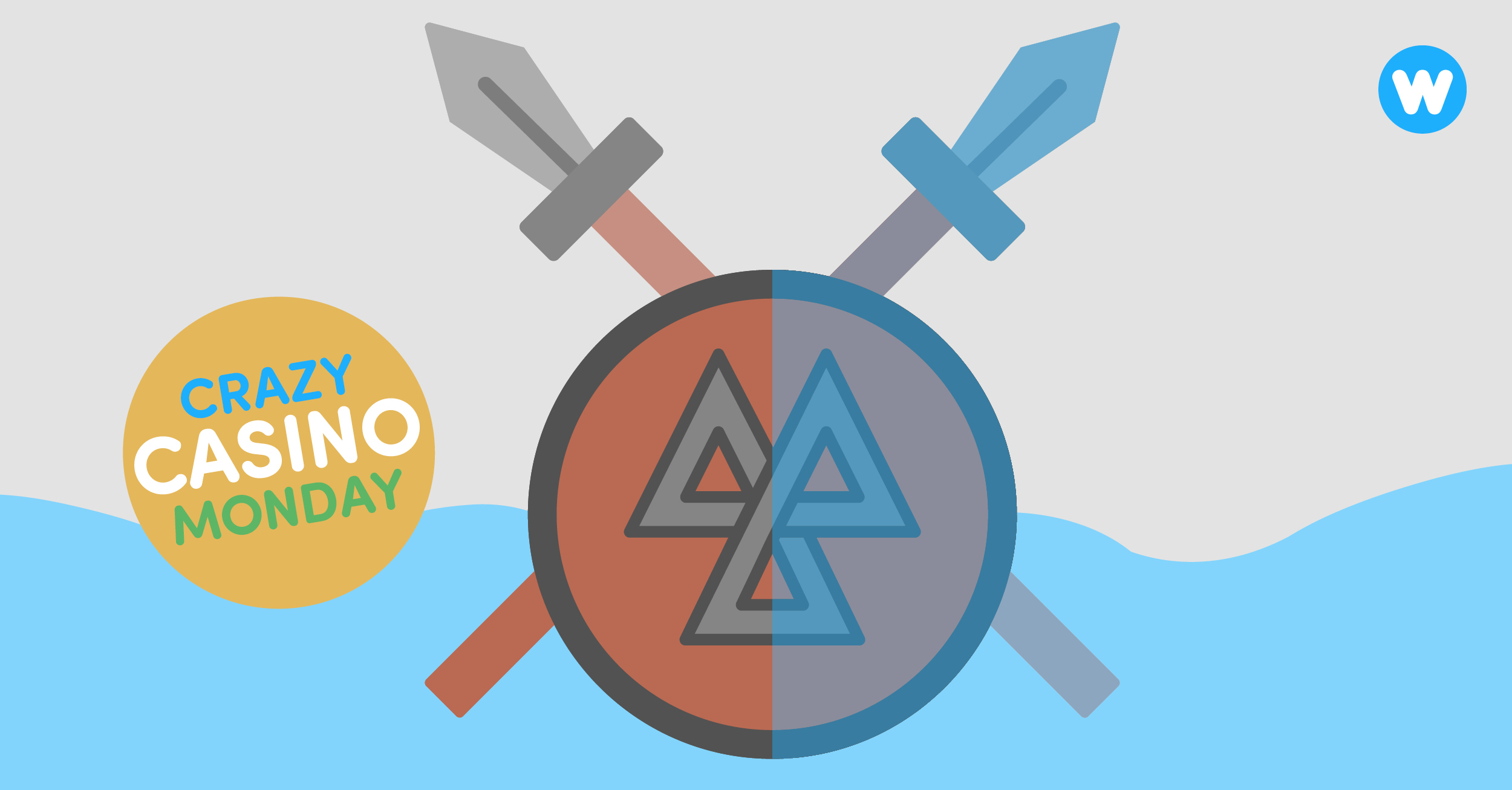 Just in time for the start of the final season of the absolute blockbuster series "Vikings", we would like to present you the video slot for the saga around Ragnar and Lagertha. Let us take you to the rough and wild world of the north with its myths, customs, deities and cults. One thing in advance: It is in no way inferior to the screen epic and brings you the Northmen and -women, their exciting adventures, scenery, feeling and vibe whenever you want back into your living room. So set sail and full speed ahead into the world of the Vikings.

Vikings and the slot of the same name are set in the early Middle Ages. The focus is on the story of Ragnar Lodbrok, his descendants and companions. Vikings is about war and peace, gods and customs, feuds and hatred. But there’s one thing that can’t be missing from a good story: a love story. The Viking epic tells the story of a great love between Ragnar and the shieldmaiden Lagertha. The series is also about adventurous journeys, brotherly quarrels and the conquest of distant kingdoms – it’s definitely worth a look. The slot also has a lot of Valhalla vibes to offer. It can help you gain real wealth on your forays.

The slot is played on five to seven reels and offers you fabulous 243 to 78,125 winning possibilities. The graphics are – how could it be otherwise – breathtaking. Together with the heroes of the series Ragnar, Floki, Björn and Lagertha you will experience unprecedented adventures. Find yourself in the wilderness of Norway – in the night-black sky only stars and crows. The soundtrack is epic as well. NetEnt has once again outdone itself with this slot. Apart from visual and sound wonders, the virtual slot machine also has numerous other surprises in store for you.

The Vikings slot comes with three bonus features: Hotspot, Shield Wall and Raid Spins. Here are the details about the features:

Another exciting feature is the Shield Wall feature, which can be triggered in both the base game and the Raid Spins feature (more on this below). The Shield Wall appears as a collection of mysterious symbols in a random area on the reels.

Last but not least, we present you the Raid Spins feature. Here’s how it works: if three Raid Spins symbols appear on the reels, the miraculous happens: you play on seven reels and five rows with a fantastic 78,125 ways to win. Additionally, you will be rewarded with seven Raid Spins with three hotspots on reels three, four and five.

The Vikings slot starts with five reels, three rows and 243 ways to win. The special feature: You can get a winning combination with matching symbols on adjacent reels (next to each other) – starting with reel one. In the Raid Spins feature, you play on seven reels and five rows with an incredible 78,125 ways to win. The stakes range from 20 cents minimum bet to 100 euros maximum per spin. There is an autoplay feature that allows you to play up to 1,000 autospins. As a high variance slot, the RTP of Vikings is a good 96.05%. What is also definitely worth seeing is the maximum win per spin: it is 10,000 times the bet. However, this can only be achieved with the help of the Raid Spins feature. The base game offers winnings of 607.5 times the stake.

Vikings can be played on desktop, mobile and tablet devices. And even in the Raid Spins feature, where the reel set expands to seven reels and five rows, the graphics and animations look great even on smartphones.

It doesn’t get much better than this. Both graphics, animations and sound are breathtakingly beautiful. The cult series itself is more than honored. The slot is the perfect addition for all those who love their big screen heroes. Even better, the slot gives you the opportunity to be part of the story. We at Wunderino love Vikings slots anyway. Enjoy the Vikings slot in your own four walls, but also on the go. With the Wunderino app, this is no problem at all – either way, numerous bonuses and free spins are waiting for you.