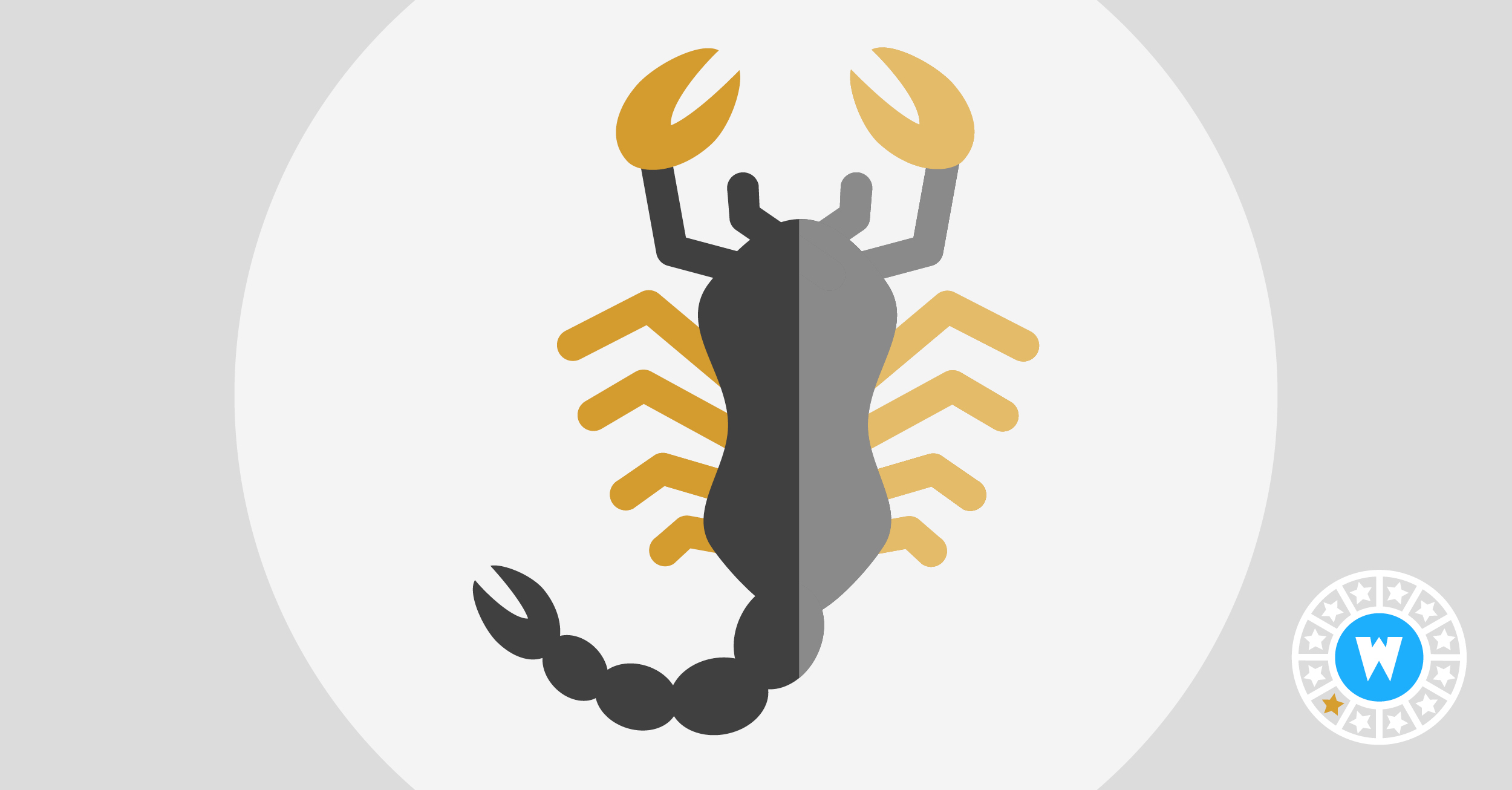 If you saw the light of day between October 24 and November 22, you were born under the sign of the Scorpio. Congratulations, because you have a very distinct personality and are probably particularly captivating and attractive. Character traits such as analytical thinking, ambition and determination stand for you as well as cunning and hunger for power. You are a Scorpio and want to know if these traits bring you luck when playing and how to use them best? We will tell you here.

The giant in the sky
The Scorpio is one of the most impressive constellations in the night sky of the northern hemisphere. A bright chain of stars draws the arachnid with scissors and a highly erect sting into the sky. Located next to the center of the Milky Way, it contains a multitude of star clusters and nebulae. The best thing is to grab a pair of binoculars and admire the breathtaking view, it is worth it not only for scorpions. By the way, one of the largest celestial bodies of the zodiac sign is the 18 Scorpii. It is very similar to our sun in size, temperature and luminosity, but it is more than 46 light years away and barely visible to the naked eye.

Myths and legends about the sign of the zodiac
He is the eighth sign of the zodiac, his planets are Pluto and Mars, his element is water. Numerous myths and legends are entwined around the sign of the zodiac Scorpio. The ancient Greeks had many of them: According to legend, Artemis, the goddess of hunting, ordered the scorpion to kill Orion. The reason for this was that the hunter wanted to slay all wild animals and monsters. Her patron saint Artemis, of course, found this less funny. According to another legend, Apollo, raging with jealousy, had sent the scorpion because his twin sister Artemis had an eye on Orion. In another legend it was Hera, the wife of Zeus, who had Orion killed by the scorpion. The descriptions of the outcome of the encounter between Orion and the scorpion could not be more different: According to one, Orion dies by a sting in the heel, according to the other, the scorpion dies because Orion crushes him before he can be stung. This is probably the reason why the two opponents were placed as far away from each other in the sky as possible. When the scorpion rises, the constellation Orion sets and vice versa.

The typical characteristics of the scorpion
Enough talk about stars and myths: We’re interested in how astrologers view the scorpio. Scorpio stands above all for opposites: for change and transformation, shadow and light, ups and downs. Its scale of emotions can depict the entire range of emotions and this can change in a matter of seconds. Most of the time he acts smart and self-confident. The typical Scorpio is analytical, persistent, resilient, determined and strategic. These are the best qualities to be successful in playing. Always the right approach at hand, luck will surely not be long in coming. Among its weaknesses are jealousy, cunning, uncompromising or inscrutable.

Provocative and combative
Challenges are exactly his thing and if there is one thing the Scorpio doesn’t really know, it’s fear of new things – another perfect prerequisite for being successful in gambling. People born under this sign of the zodiac need to be constantly confronted with obstacles. The reason for this is Mars, which rules Scorpio alongside Pluto. Mars is the fighting planet – the real sting of Scorpio – it drives him into one confrontation or another just to keep his fighting spirit in shape.

The clairvoyant with the sting
Sometimes it is scary how well scorpions can guess results. One could almost think they have psychic abilities. Average performances are absolutely nothing for Scorpions – all or nothing at all is their motto. Their lucky numbers are 9, 18, 27, 36, 45.

Typical scorpion…
Impulsive and unyielding, is the first thing that comes to mind when you think of the zodiac sign Scorpio? Probably. But they are much more than that: they are the best friends of all, they are busy as worker bees and have a strong will. With their analytical – almost clairvoyant abilities, they master any game that has to do with strategy with the left hand. You are Scorpio? Then let’s go to Wunderino. Put your unique abilities to the test. You travel a lot? Then use our Wunderino app – anytime and anywhere.