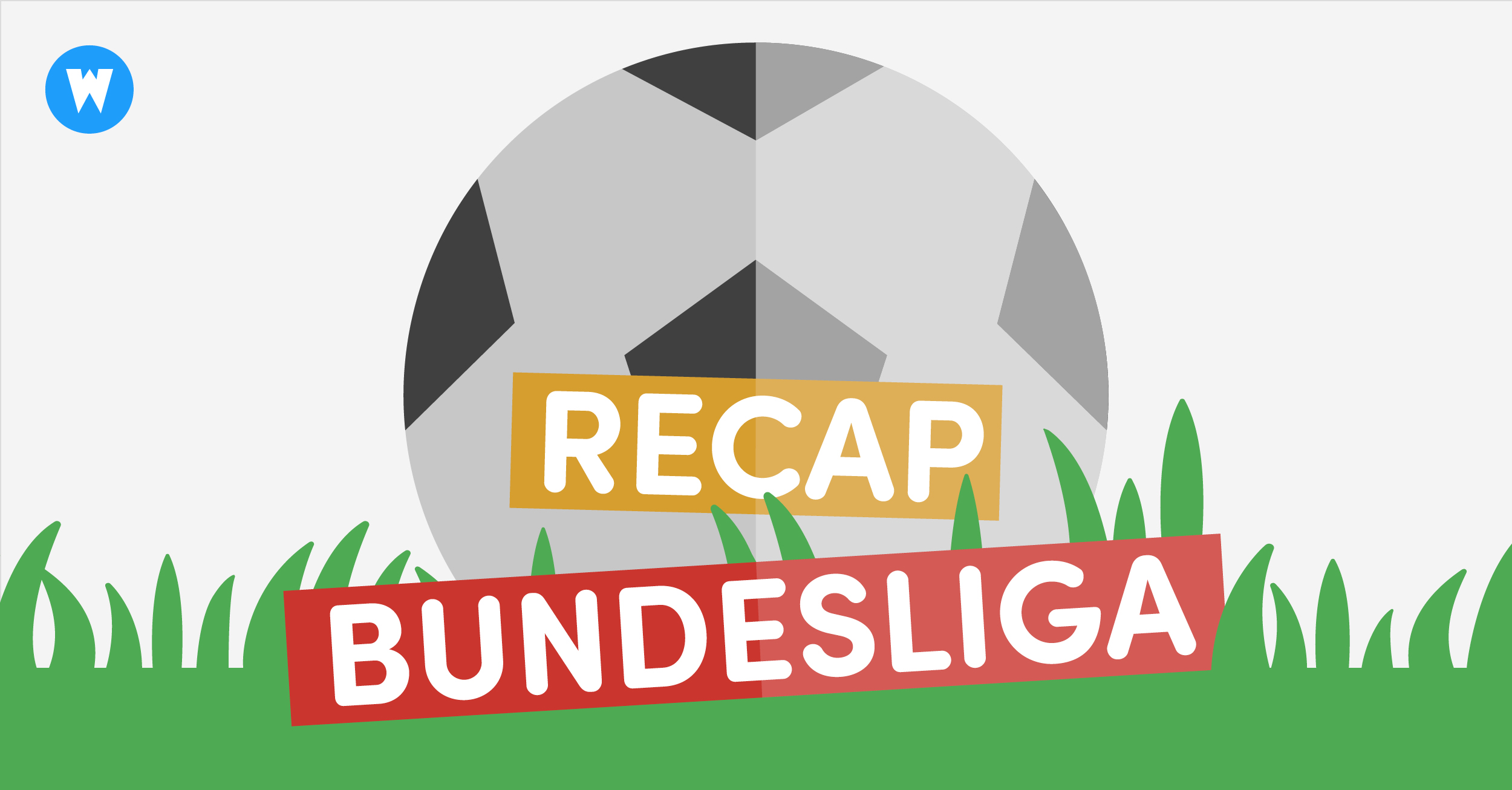 The 2019/20 Bundesliga season comes towards an end. It is time to look back on the tops and flops of what is probably the most unusual season in history. Who has convinced? For whom did things go less well? Wunderino has the answers.

FC Bayern Munich are German champions again. For the eighth time in a row. As expected, SC Paderborn is retiring from the upper house after only one year of Bundesliga. A boring season then? Not at all. There was plenty of variety and surprises this season and that was not only due to the two-month Corona-break in March and April.

The championship match was open for a long time because Bavaria had confused the accelerator with the brake at the beginning of the season. The fight for the Champions and Europa League was anyway accompanied by constant ups and downs. And the fight for relegation? Was as dramatic as almost every year. To end the season, you get a little recap from us here. So let’s go!

Let’s start with the tops. These five stories touched us the most:

FC Bayern Munich: Champion thanks to Hansi Flick
After ten match days and a 1:5 clap against Frankfurt, FC Bayern bobbed around to fourth place in the standings. Then coach Niko Kovac left, Hansi Flick took over and suddenly things went like clockwork. A winning streak brought the FCB back to their usual top position shortly after the winter break. The way they played football was also impressive: offensive, keen to run, fast. In the end, it was the eighth championship title in a row and the 30th overall. That’s a proud achievement.

Alphonso Davies (FC Bayern Munich): Lightning has struck
Let’s stick with the record champion where we want to highlight a teenager: Alphonso Davies, 19 years young. The Canadian came to the FCB in the winter of 2019 as a no-name, with no international experience. Just a few months later he became a regular in the left-back position. Davies is faster than lightning, defensively strong and has the ability to score. With his sprints he already enjoys cult status with the fans. A sensational development!

Julian Nagelsmann (Trainer RB Leipzig): Young and successful
It was already known before the season that Julian Nagelsmann at the age of only 32 thirty two, is not only a damn young coach but also a damn good one – it is not for nothing that a Champions League club has secured its services with RB Leipzig. Now we realize: Nagelsmann delivered immediately! He let his team play successful attacking football and even secured the unofficial autumn championship title. In the end, it wasn’t enough for the crown, but there is still a big thumbs-up.

Kai Havertz (Bayer Leverkusen): Even Lionel Messi raves
"Impressive" is what Lionel Messi called him. Jürgen Klopp spoke of a "great footballer". Yes, this Kai Havertz already amazes the football world. Ball control, game overview, nerves of steel, goalkeeping – Havertz combines all these skills and thus makes himself one of the most sought-after players in Europe. Provided Corona doesn’t completely shake up the transfer market, it’s unlikely that he will remain with the Werkself beyond the season. And if he does, he is likely to become the most expensive German player of all time.

That’s enough praise! Let’s turn now to the less successful stories of the season. Here are the Flop 5:

Juergen Klinsmann (ex-coach Hertha BSC): "Big Laughingstock Club"
Accompanied by a bang, Hertha signed Jürgen Klinsmann as the new coach. The plan with the supposed saviour: To turn the grey mouse into a "Big City Club". Let’s put it this way: The idea did not really work out. Instead of rocking the league with Klinsi, one scandal followed another: Klinsmann’s unsympathetic player evaluations became public, as did criticism of his own club. The low point: the immediate resignation of the former national coach – announced via his Facebook profile. Damage to his image? Level 100.

Werder Bremen: 1st league adé?!
From champion and permanent royal league participant to relegation – this could be the story of Werder Bremen. A goal difference of -32 is worthy of a cellar child and numerous injury worries do the rest. The preservation of the class is therefore no longer in their own hands before the last matchday. Only a new miracle from the Weser would save the Nordklub. Will it succeed? Bet on Wunderino and get excited!

FC Schalke 04: The second half of the horror
After the best first half of the season since 2011, no one would have believed it at FC Schalke 04, but the second half of the season was disastrous for the Royal Blue. 15 – yes, really: fifteen! – games in a row the team now remained without a win. This has never been experienced in Gelsenkirchen before. The football was as harmless as it was unsuccessful, and next to the pitch, the announced move of Alexander Nübel to FC Bayern caused some unrest. For S04 one has to hope that coach David Wagner and his players will recover from this crisis over the summer. But first Schalke wants to appease his fans with a win at the end of the season against SC Freiburg – you can be there and bet on Wunderino.

David Abraham vs. Christian Streich: The bodycheck scandal
For all who are looking for the scandal of the season, the body check of David Abraham against Christian Streich is a very hot candidate. After all, the man from Frankfurt did not ram down any opponent in November, but the coach of SC Freiburg. Red! Block until the end of the year! 25,000 Euro fine! The action certainly falls under the heading "Please do not imitate".

Video proof: And daily the VAR greets
Since its introduction, the video evidence has been a permanent topic in the Bundesliga. Why is it used in one scene and not in an almost identical one? Why does the decision take so long? And why do I, as a spectator in the stadium, not know what is happening? The discussions about the VAR do not stop. Unfortunately, because actually we all just want to watch football …

Conclusion of the 2019/20 Bundesliga season:
As you can see, the Bundesliga season just ended again offered some stories, for better or worse. But not all days are over yet, because on the 34th matchday the last decisions will be made. Wanna join? Bet on Wunderino. Free spins and regular bonuses are waiting for you.
Of course we do not only offer sports betting. Interested? Then get started right away, at Wunderino, your favorite Online Casino! Also available to go via the Wunderino app.