What does painting have to do with gambling? 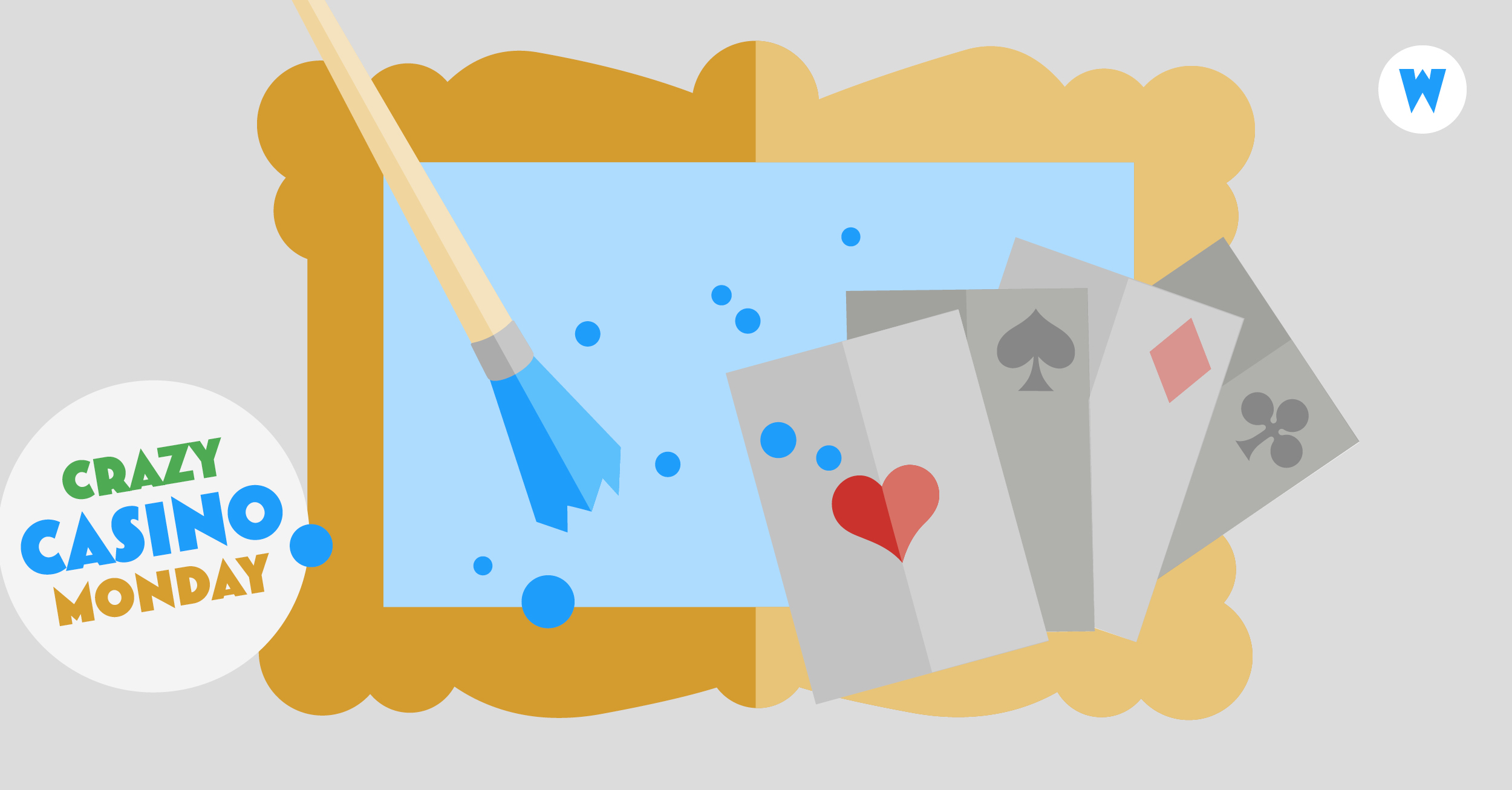 Carvaggio, Paul Cézanne or Fernand Legér – what do these three famous artists have to do with casinos? And much more importantly, what is the difference between Wunderino and casino art? In the blog we reveal the secret.

In times of modern online casinos, which you can control at any time via app on your smartphone, it is hard to believe that gambling has a long tradition. Even philosophers and mathematicians like Aristotle could not deny themselves the pleasure of casino gaming. And so it is no surprise that the art world has also been captivated by the casino.

We introduce you to some of the most famous works of art that have taken up the casino theme. But don’t worry, it won’t be a boring lecture – instead, we guarantee you fabulous entertainment as you’ve come to expect from Wunderino.

This is a series of paintings showing men at a table playing cards. The five works differ not only in size, but also in the number of people playing cards together. The wooden table stands close to the wall, two works show three players, three other paintings show only two card players. While the two players depicted are each surrounded by very dark colours, the two paintings with three players show much brighter colours. By the way, none of the players is sitting with his back to the viewer. Four of the French painter’s paintings are on display in public museums. One was sold from private ownership a few years ago. The prices vary between 250 and 275 million US dollars. Either way, this was the second highest sum ever paid for a work of art. Crazy, right?

As with the previous painter, Georges too comes from France. Georges de La Tour must have been very fascinated by his work, because he painted a second one of them! It looks identical, but if you look closely you will see that, unlike in the first picture, the cheat does not hide an ace of diamonds but an ace of clubs behind his back. This is easy to see, as the cheater is sitting on the left side of the table, but his back is turned towards the viewer. The players are probably wealthy people, which can be seen by the finely dressed and well-fed lady at the head of the table and the handsome player on the right side of the table. It is not possible to tell exactly which card game is playing on the work. However, since the picture is from the 17th century, it is presumably blackjack.

…not to be confused with Michelangelo di Lodovico Buonarroti Simoni, who became famous above all for his church paintings. Carvaggio, however, was also an important Italian artist who influenced many later painters and died at the age of 38. His work "The False Player" was used as inspiration by numerous painters. This included Georges de La Tour, who subsequently brought his "Falschspieler mit dem Karo-Ass" to the canvas. In Carvaggio two boys play cards with each other. One of them hides some playing cards behind his back, while another young man gives him a sign which cards his opponent seems to have in his hand. All three are elegantly dressed and wear feather hats. The suits of the work are extremely strong, but still reserved and in no way garish. As one looks at the picture, the viewer’s suspense increases as to how the card game between the two young gentlemen will end. Caravaggio also painted several versions of this work.

From Italy and France, our casino art journey takes us further north into the Netherlands. The artist Jan Steen used the exaggerated representation of the figures for his pictures, thus creating the impression of a theatre play. So also with this picture. In front of a kind of tavern several men get into an argument over a card game. While some other people are trying to break up the quarrels, playing cards lay all over the floor, and guests of the inn visibly enjoy the spectacle. Jan Steen himself once hosted a tavern, so he probably saw such scenes more often. Whether one of the participants in the picture actually cheated, however, cannot be derived from the work. But we can truly imagine the excitement of the players of these early casinos…

We return to France once again, but make a leap in time that can only be found at Wunderino! From the middle of the 17th century and Jan Steen, we travel to the beginning of the 20th century. The artist Fernand Legér is primarily associated with Cubism – the style in which Pablo Picasso was also painting. Whereas before, special emphasis was placed on lifelike depiction, this changed with Cubism. Now the focus was no longer on the harmony of content, form, and message, but only on form. In Legér’s Casino work, the protagonists once again play – surprise – cards. But unlike his predecessors, this time the depiction is very abstract and in the style of cubism is based on the aesthetics of machines. The painting is counted as one of his best works.

Have you noticed that all of the inspiring works from Cézanne to Steen were all about cheating at cards? On the one hand, it’s fascinating that the card game itself was so often taken up in art, but on the other hand, it was so often shown in fraudulent scenes. We assure you, at Wunderino everything is different! No cheaters await you in our wonderful casino world, we make sure of that.

Let us guess, your fingers are itching? Inspired by all the card games, you too want to start playing? We understand that! That’s why we don’t want to keep you waiting any longer and offer you not only Blackjack or Poker, but also live games and lots of exciting slots at Wunderino. But enough talking, convince yourself and visit Wunderino or use the handy Wunderino app on your smartphone. Bonuses and regular free spins are waiting for you!