Get frightened with our ultimate Spooky Slots 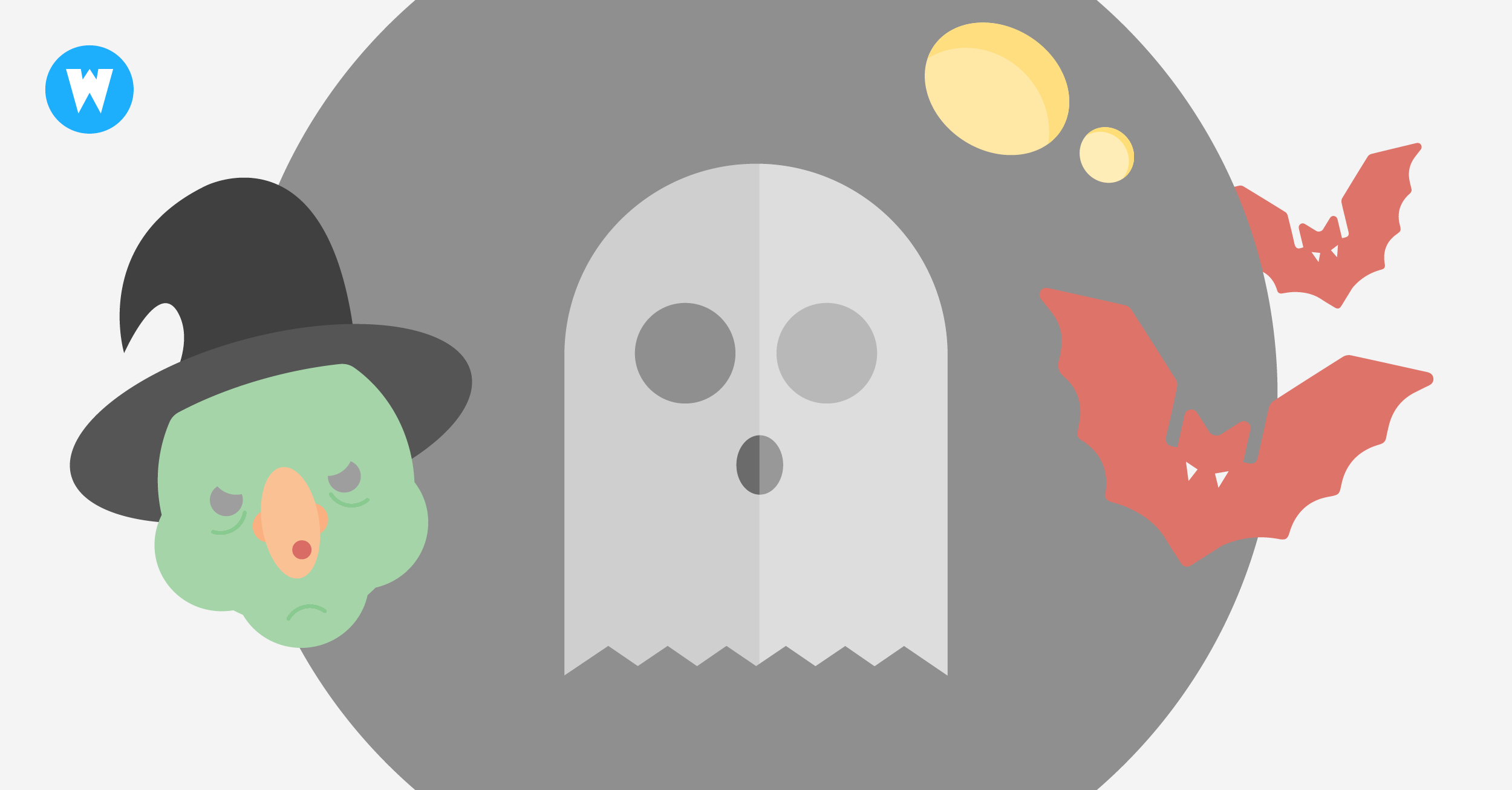 Ghosts that wander through orphanages and vampires that crave fresh human blood are familiar to most from movies like Poltergeist and Bram Stoker’s Dracula. The thrill and goose bumps that these stories trigger attract many enthusiastic horror movie fans to the movie theaters. Are you into thrills and are a fan of these stories? Then hold on tight – with us at Wunderino you are absolutely right. Because in our listing we introduce you to the best horror games – getting frightened is guaranteed.

Objects floating inexplicably through the room, a whispering voice from offstage and an icy chill that lingers. This is how some stories describe psychic encounters with ghosts. Pretty spooky, right? But in a certain way beautiful, yet still spooky. Have you been fascinated by these stories before and you always wanted to experience a supernatural phenomenon? Then the game Ghosts ‘n’ Gold gives you the virtual opportunity to do so. Because the slot is about ghosts walking in a house of horrors. The scenario: an old, abandoned Victorian-style mansion under a full moon. A dense fog surrounds the house and the area around it is hard to make out. The theatrical organ music and the singing of a soprano voice create a frightening atmosphere. We at Wunderino think that you’d get goosebumps even before the actual start of the game. But that’s not all. The structure of the reels is as follows: On the outer left side of the reel there are only three symbols. Contrary to that you see six scary symbols on the remaining reels. So you better hold on tight, because several scary characters are waiting for you. For example, there is a young female ghost staring at you with bright pink eyes. Even scarier is the old woman who has her grim empty gaze fixed on you. Uuuuh, Wunderino gives us goosebumps!

So now you know roughly who you might run into at Ghosts ‘n’ Gold. Let’s come to the game conditions now. Admittedly, even if the slot is not for the faint-hearted, at least the conditions of play are. The slot is ideal for hesitant players, as you are already in with a stake of 0.30 Euros. Sounds good, right? Well, then it can finally start. You are surely looking forward to the fat winnings, aren’t you? Among other things, you will clear them with the wooden treasure chest. It is a powerful symbol, because it is wild and substitutes for all other symbols – and so it increases your winning combinations. Yippee! You love bagging bonuses, but don’t mind a lot of free spins? Then Ghosts ‘n’ Gold is exactly your thing. How does the free spins work? It’s simple. When an orange ghost with horns and a sinister appearance pops up three times next to each other in your rows, you get to spin eight free spins. Pretty casual – but more is always better, right? Even more fun free spins beckon you when you catch four of this symbol – then it’s 18 rounds on the house. Sounds great, doesn’t it? But that’s not all, the game has even more lucrative surprise moments up its sleeve. So you should be especially vigilant when the green, slimy bugbear rumbles in your rows. This little pest will give you wild cards and replace all eight symbols on your screen.

At Wunderino, we feel that Ghosts ‘n’ Gold lives up to its name, as this slot is full of goosebumps and free spins. Are you already nervous and want to get started right away? Then we won’t keep you any longer. Click here for the slot.

2. Dracula – dusting big wins with the prince of darkness

Spooky atmosphere does not only come up with ghost stories – also stories from the world of vampires. Originally based in Transylvania, the bloodthirsty princes have conquered the whole world. In films like Blade, the bloodsuckers caused horror and terror in New York. Since most slot fans love plots full of thrills and adventures, stories about the vampires are especially appropriate. For this reason, the game operator NetEnt has released the game Dracula and dared to cooperate with Universal Studios. The cooperation of the game operator with the Hollywood film studios guarantees horror and shivers. That’s a promise! Thus, there is a thrilling teaser even before the game starts. In an urban setting of the 18th century, a swarm of bats haunts a young woman. Desperately the victim tries to escape and falls. At this point the opening credits end. We wonder what happens next. Find out for yourself!

The long-haired Prince of Darkness sits on the left side and watches you during the game. We at Wunderino find the bloodsucker really scary. He also appears as a symbol several times during the game and has an important function. If he appears three times next to each other in your rows, you will get back your 20-fold stake. In concrete terms this means, if you bet 10 Euros, you win 200 Euros. It gets even better if Dracula appears four times next to each other in your rows, because then you get back 80 times the bet. If you see him five times next to each other, you will win 200 times the amount. Important! The star of the game only appears on the second reel. The young mysterious lady named Mina Harker has a similar function. She only appears on the fourth reel and with her you get up to 200 times your bet. Wow! Scary characters and maximum fun that will increase your winnings! When you see the two figures as stacked game next to each other in your rows, you can spin ten rounds for free. Not bad, right? And there is also an exciting video sequence. What does it look like? Find out, because at this point we don’t want to spoil it.

But also the slot has other exciting details. Besides the two protagonists there are other important symbols. Like for example a blood-drenched W. It has the function of a wild symbol and replaces all other pictures in your game. This way you also increase your chances of winning. And because the game uses typical vampire symbols, you can’t miss any bats. According to most vampire stories, the princes of darkness turn into these small mammals to ambush their victims. In the game this transformation happens in the Bat Feature. The king of the bloodsuckers mutates into a wild swarm of bats. The bats, as they were originally called, settle on the reels of the game and generate multiple symbols on possible paylines. In short? The vampire and his alter ego, the swarm of bats, make for great goals.

Enough about the game details. We at Wunderino would now like to let you into the game. You’re probably already impatient and want to take your chances? You are only one click away. We at Wunderino wish you lots of fun!

The two games were spooky, but for you it can be a little bit more of that goosebumps feeling? Well, then we would like to give you an extra portion of horror and terror. House of Doom from Play ‘n Go is the right slot for that. Because the House of Doom radiates a scary esprit. You can see a dark cemetery church surrounded by a collection of skulls and bones. The gloomy violet colour gradient in the background intensifies this mood. To build up the dark atmosphere, the Swedish game operator has cooperated with the doom metal band Candlemass for the soundtrack – this will please heavy metal fans in particular.

A mysterious witch helps you to win big

With its five reels, three rows and ten fixed paylines, House of Doom is a classic slot. Various symbols from the horror genre appear on the reels, which are framed by bones and skulls. You’ll see a rose on fire, a pierced skull, a billy goat, a cemetery church with the House of Doom logo, an upside-down pentagram, and a witch with a crystal ball with her eyes bandaged. Here at Wunderino, these symbols evoke many scary associations! The upside-down pentagram, for example, is regarded in occult circles as a sign of devil incantation. But also the witch with her divination ball lets your fantasy spin crazy pirouettes. For us at Wunderino this question comes to mind. What is the magician up to? Unfortunately we do not know. What is certain is that the mysterious druid is a powerful symbol of game. If you see her at least twice in a row, she will spread out over the reels and conjure up great winnings. If she appears three times, your winnings will be multiplied fivefold. For better understanding… If you see three mages and have already bet 10 Euros, you win 50 Euros. Doesn’t sound bad, does it? The winning curve gets even steeper when you see the mysterious magician five times, then you win 100 times your bet. Yeah, you read that right. If you see five druidesses side by side, you get 5,000 euros. Even if the game does not answer many questions, one thing is clear – occult symbols pay off here. Another bewitched symbol is the billy goat skull, with it five times in a row, you get 70 times your bet. Makes your player’s heart beat faster, doesn’t it? At Wunderino, House of Doom really captivated us with its convincing aesthetics and the creepy factor. Has it done the same to you and you want to start playing right away? Voilà, this way to the House of Doom.

If you like horror and don’t want to miss it in slot games, we warmly recommend these three games. Stories of rumbling ghosts, lovers of fresh human blood, and mysterious occult symbols are definitely in for you and put you in an exceptional situation. And the best thing is that you can win big – even with little stake. We at Wunderino also love the ice-cold shiver that regularly runs down your spine while playing these games. If you feel the same way, then visit our world of slots right away.

By the way: If you are still wondering what is better, a real casino or an online casino, then we help you on the jumps. Without wanting to give too much away – online casino of course – you will find out everything about it in this blog.