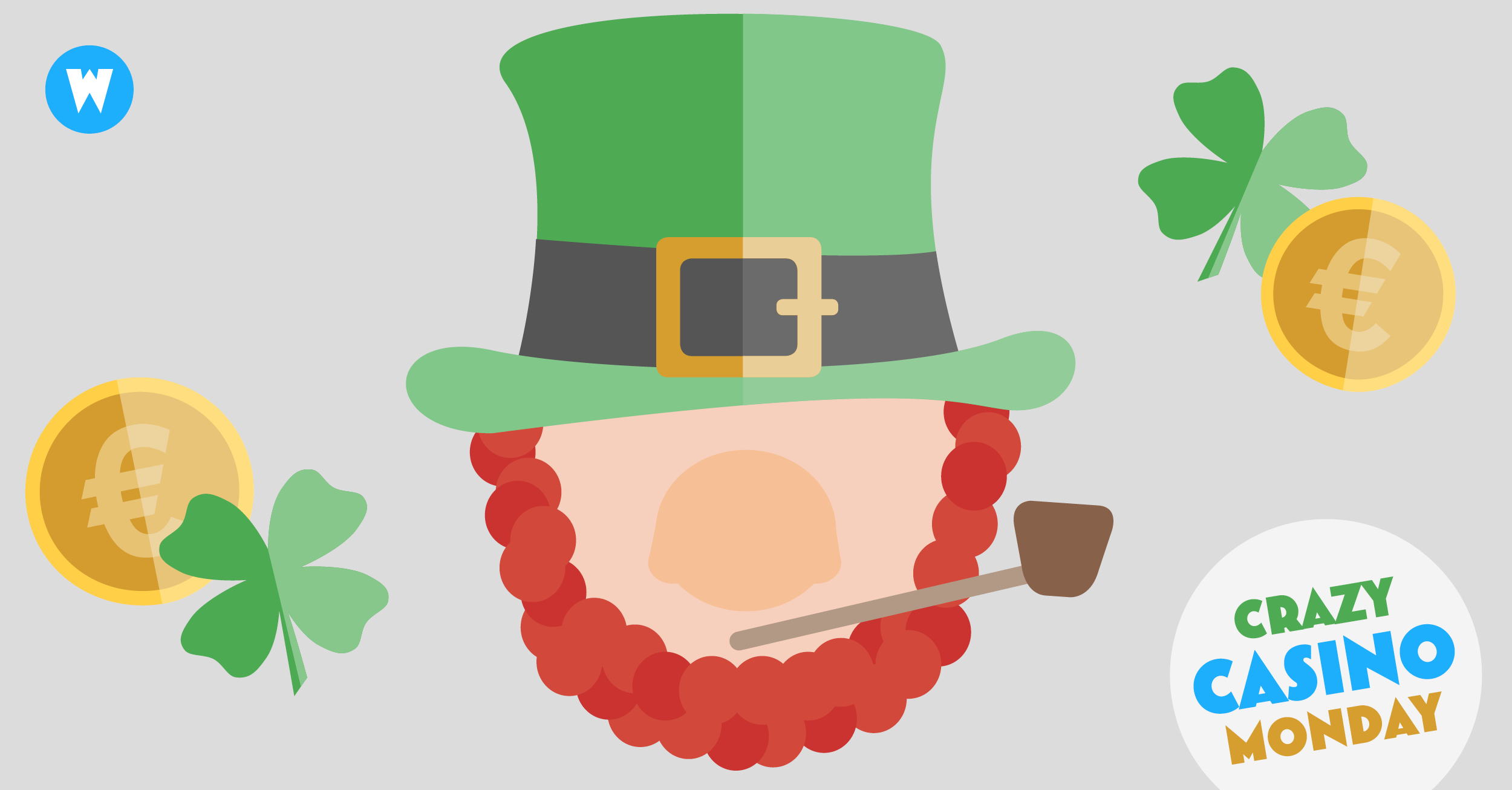 Slaintè! On March 17, people all over the world toast to St. Patrick. This Irish holiday has become so famous that in some places even the rivers are coloured green. But why is it no longer only the Irish who celebrate this day? What is the historical story behind it? And what does all this have to do with the online casino? We have answers.

Saint Patrick is considered the patron saint of Ireland. The holiday is probably the most important festival on the Emerald Isle and is celebrated in the Roman Catholic and Anglican Churches of Ireland on March 17th. About six million people live in Ireland today. Due to the great famine in the 19th century, many Irish emigrated at that time. That is why there are now about 80 million people of Irish descent who do not live in Ireland. Of these, 36 million are resident in the USA, 14 million in Great Britain, seven million in Australia, 4.5 million in Canada and about one million in Argentina.

On the occasion of St. Patrick’s Day, celebrations are taking place all over the world – for the past few years, more and more non-Irish people have been joining in the celebrations. The Irish cordiality simply attracts them all! The biggest parades are held in Dublin, New York, Boston, New Orleans, Chicago, Manchester, and Savannah.

Many people with Irish roots also live in Germany. Munich even hosts one of the largest St. Patrick’s Day parades in the world. In 2019 about 20,000 people came to the Bavarian capital for the festivities. This year there will even be a whole weekend of celebrations – 1,500 participants have registered for the parade alone.

While world-famous buildings such as the Empire State Building or Munich’s Hofbräuhaus and the Allianz Arena will be bathed in green light, in Chicago they will even paint the river in the Irish national colour. Incredible, isn’t it?

A language of their own and many little leprechauns

Did you know that although they speak English in Ireland, the language of the locals is actually Gaelic? Besides English, it is one of the official languages of the island. However, it is only spoken by very few. Current surveys show that about 70,000 islanders currently use Irish every day.

Apart from Gaelic, Ireland is also known for its "leprechauns". These are small red-bearded goblins wearing boots, a green coat and a hat. According to Irish mythology, when you meet such a leprechaun, he grants you three wishes – so that you give him his freedom in return. If you show kindness, he might even tell you where he keeps his pot of gold. According to the stories, every leprechaun has a pot of gold, which he usually keeps hidden at the end of a rainbow.

Wunderino will shower you with luck

If you don’t want to wait until you finally meet one of the leprechauns, visit our wonderful world of Wunderino. Here we offer you exciting slots and table games. Some of the slots even suit the current St. Patrick’s Day mood. The slot "Lucky Leprechaun’s Loot" takes you right to the end of the rainbow and with a little luck a pot of winnings will open up for you! Just as exciting is the hunt for the pot of gold with "Leprechaun’s Lucky Barrel" – the leprechauns will keep you on your toes at Wunderino.

Is that not enough for you? Then we recommend our slot "Game of Luck". Here every online casino lover will find his luck. And speaking of luck, the Irish national color is green… How convenient that the tables of our live games are also green. That must be a sign, right?

If you’re not lucky on St Patrick’s Day this year, we’re out of luck. But don’t worry, at Wunderino regular free spins and bonuses are waiting for you! Are you on your way to one of the many colorful St. Patrick’s Day parades but you don’t want to miss Wunderino? Then download our Wunderino app on your smartphone and you will always have your online casino with you.

And if the weather should be bad on the road, follow an Irish proverb: "May a rainbow be over your house after every thunderstorm." Maybe there will be a pot of gold waiting for you! Until then – we are waiting for you in the wonderful world of Wunderino!