A great start into the new year! 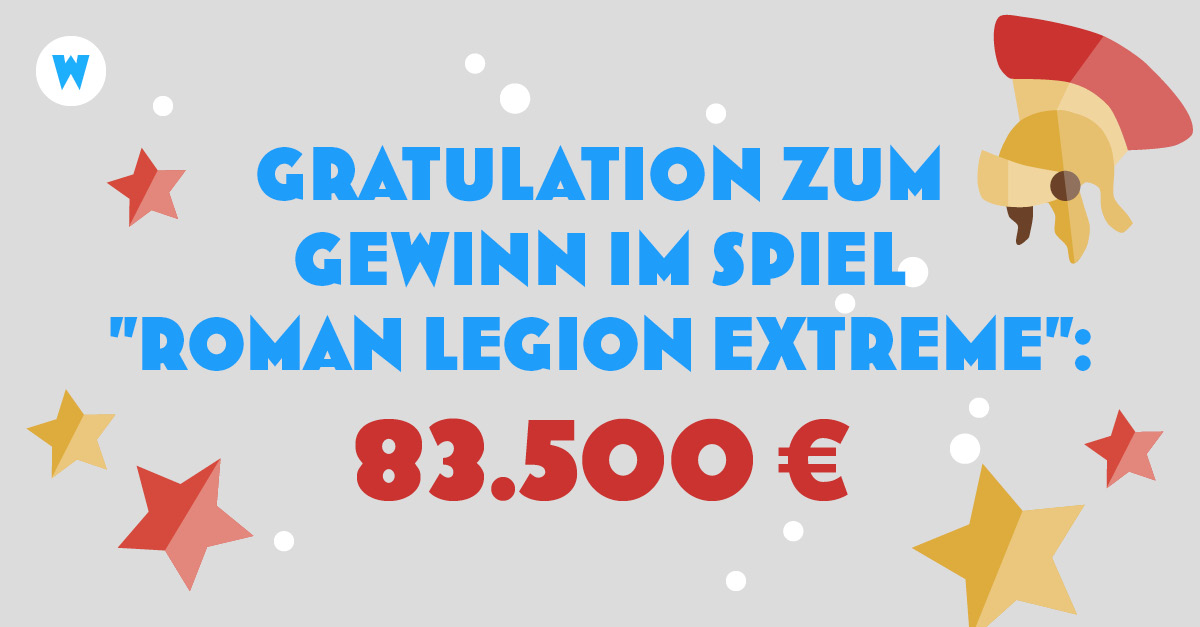 Did you have a good start in 2020? For the player Ulf A., the decade is off to a particularly good start, due to Roman Legion Extreme. Read more in our latest blog post.

Wild West, Egypt, Vikings: With our game selection you can travel everywhere. You can also visit the ancient Romans, for example with Roman Legion Extreme. An exciting world, we think! That’s why we’ll tell you some interesting facts about the Roman Empire today.

The Roman Empire existed for an unbelievable 1500 years, from 800 BD to 700 AD. During this time its borders changed constantly, depending on which territories were conquered and lost again. Beginning on the Italian mainland, the empire spread first to Sardinia and Sicily, then gradually to the entire Mediterranean area. In order to organize the administration of the empire, it was divided into provinces.

In the Roman Empire, art and culture achieved a peak, far ahead of the standard of living in Europe and North Africa. Roman art and culture were inspired by the culture of the Italic peoples and the Etruscans as well as Greek mythology and architecture. Greek painters brought wall paintings to the Roman Empire, they were the most popular art form – in villas as well as in small houses. Particularly exciting: when Vesuvius erupted in 79 AD, wall paintings, among other things, were preserved in Pompeii, so that they were still very well preserved in later excavations and provided valuable insights into former design styles. In addition to wall paintings, mosaics and sculptures were also popular in the Roman Empire. For a long time, the latter resembled Greek sculptures, and it was only relatively late that the inhabitants of the empire created their own works.

Not surprisingly, the official language in the Roman Empire was Latin. Until today, pupils learn the language. Many Latin terms are also used in professional groups, such as doctors, lawyers and clergymen. In fact, various proverbs and quotations have also become commonplace in everyday life, such as Carpe diem (Seize the day), In dubio pro reo (In doubt for the accused) or Veni Vidi Vici (I came, saw and won).

One could fill many more pages with stories about the Romans… But you know what? They also bring good luck! Recently, the player Ulf A. won in our game Roman Legion Extreme: with a spin of 40 Euros, he made an incredible 83.500 Euros! And this even though he actually has two other favourite games: Sticky Diamonds and Phoenix. It’s good that he tried his luck with the Romans… Ulf is a regular and loyal user of Wunderino and especially praises our support. Thanks a lot Ulf!

You want to win like Ulf? Then get started right away: Log in to Wunderino, your online casino and get regular free spins and bonuses. With the Wunderino App you always have the whole casino in your pocket.