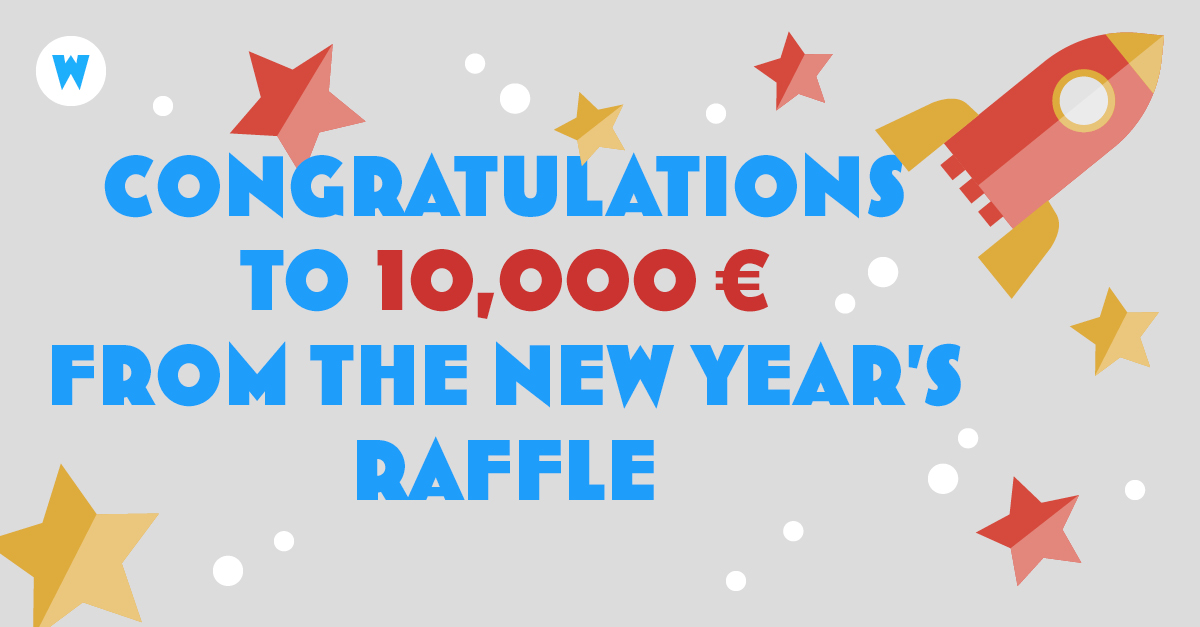 The Christmas days are over and we are already standing with both feet in the new year. We hope you had a wonderful time with friends and family, delicious food, great presents and some breathtaking New Year’s Eve fireworks. Many of you have spend the Christmas season and time around New Year’s Eve with our absolute favourite activity – gambling. No wonder – what better way to start the new year than with some extra cash? For some of our Wunderino players this Christmas dream has come true and many phenomenal winnings have been won.

At the end of November, when the first Christmas markets open their doors and entice with the scent of freshly roasted almonds, we listen to the old familiar Christmas carols from the radio again and with a little luck the first white snowflakes fall from the sky, the long awaited Christmas season finally begins. At Wunderino, too, the wonderful Christmas season started at just that time and ended only a few days ago – on December 31st – with some fireworks of spectacular winnings.

In this contemplative Christmas season, Wunderino offered some new exciting challenges every day, which were just waiting to be mastered by our players. As soon as a player had successfully completed all challenges of the day, he or she could look forward to a valuable New Year’s Eve ticket – in the form of a sugar-sweet gingerbread yeti – in addition to his or her casino winnings. We at Wunderino also love to give presents during the Christmas season, so just by collecting these tickets our players were able to make a lot of money. The players who had mastered the most challenges at the end of the season and thus collected the most tickets could be happy about great Christmas prizes. In fact, there were 12 players who had exactly the same number of tickets at the end of the period. Therefore, the Christmas jackpot of 10,000 Euro was divided fairly among the 12 players – from Germany, Austria and Japan – and each of them received 835 Euro cash.

But that shouldn’t be all by far, after all, there was the legendary New Year’s Eve raffle waiting for all participating players. After December 31st the lucky New Year’s Eve winners were drawn from a list of all participants who had previously collected tickets. A.S. from Germany was the luckiest and won the main New Year’s Eve prize of 10,000 Euros. With a little luck and the support of Mother Earth, A.S. could have even won a gigantic 100,000 Euros in cash. But for that it would have had to snow in Berlin on New Year’s Eve between 12 p.m. and 3 p.m.. Unfortunately, the snowflakes failed to appear on the last day of the year, but we believe that even with 10,000 Euros extra cash it is still possible to have a fantastic start into the new year.

Of course we do not want to withhold from you which slots A.S. has played in order to finally claim the main prize of the New Year’s Eve raffle. A.S. was really busy during the Christmas season and played a total of 28 different slots. He challenged his luck particularly often in Book of Dead, Who wants to be a Millionaire and Extra Chilli. Who knows, maybe these slots will bring you as much luck as A.S. – it’s definitely worth a try.

We say congratulations to all winners and wish you a phenomenal start into the new year, which will hopefully be filled with many spectacular Wunderino winnings.