Square, small and angular: We celebrate the Day of the Cubes 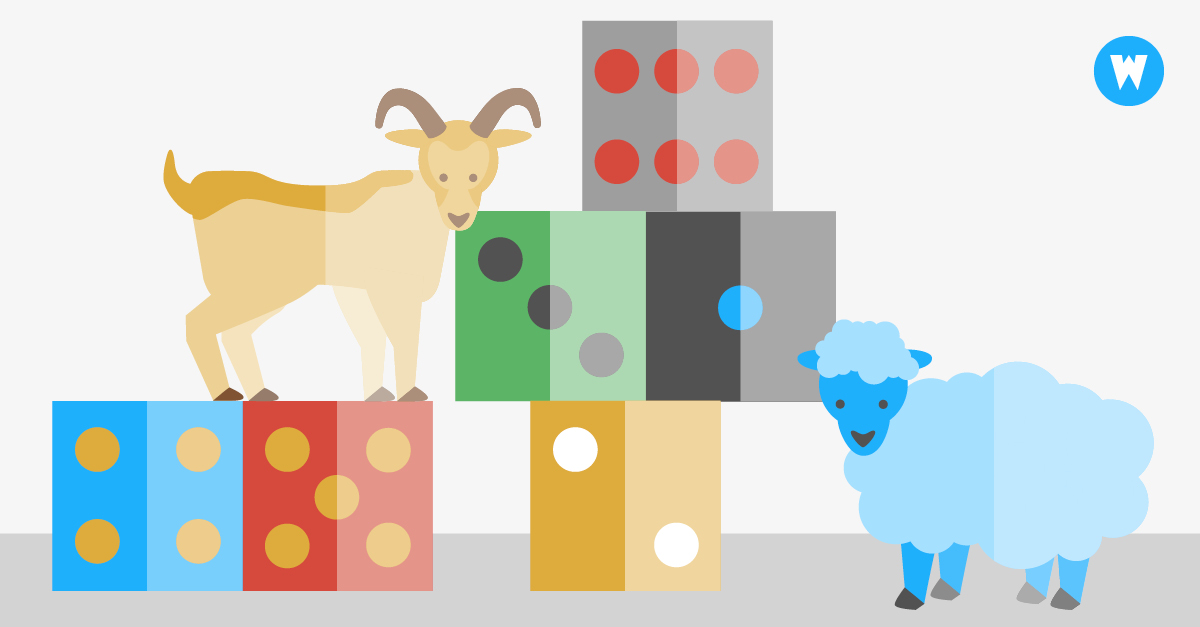 December 4th is a big and important day for Wunderino. Because on this day we let a very special object live high, which has its home in every game drawer and also in many casinos. the die. In the USA this unique holiday is also called "National Dice Day". You probably knew that the six-sided hexahedron is the most used and most famous dice in the world today. But did you also know how many sides the most edged cube in the world has? And when did people actually start playing with dice? And what is so special about dice in casinos? You can find out everything you ever wanted to know about dice down below.

The history of the cube

Hard to believe, but cubes have been around for quite some time. Archaeologists have found specimens estimated to be more than 3,000 years old in areas near Pakistan and Iraq. Obviously there were dice games in societies before Christ – for example also with the Greeks and Romans. The dice have not only been made of plastic, as we usually find them today, but of bone, wood or ivory. In addition, the dice of that time did not necessarily have six sides like the hexahedron, but often less. The Egyptians, for example, are said to have used two-sided "stick cubes". In Middle Eastern regions, tetrahedra, i.e. four-sided dice, were also used. These look like small, pyramids. Vikings also liked to play with dice – and made them from materials such as fish bone, pitch coal or horn.

Dice in the game

In the past, dice were mainly used in pure dice games and were usually not yet part of other parlour games. But this changed in the 20th century, when games like Monopoly and "Mensch ärgere dich nicht" were invented and became famous. In principle, however, it is always used in the same way. You throw it on a table, a game board or the floor and it lands on one of its sides, which is clearly distinguishable from all the others. Hexahedra are usually marked with the numbers one to six, but there are also dice with different symbols or colours. This of course depends on the game. Since the dice accidentally falls on one of its sides, it makes games more exciting and unpredictable. In "Don’t get angry" or "Monopoly", the dice also determines how fast the players’ figures move across the board. However, the dice are not only used in board or parlour games such as Kniffel. For a particularly captivating and clever game, which you can even play alone, a colorful die is also used. The magic die. You see, without the dice there would never have been many games that we love and appreciate so much today.

A chapter for math fans. The die is of course not only a popular three-dimensional figure in the game, but also in geometry. Did you know that all cubes (actually: hexahedra) are cuboids, but not all cuboids are cubes? The cube is a very special cuboid, because – in contrast to all other cubes – the edges are identically long.
If you roll a cube, every result should be equally probable – so there is a so-called Laplace probability. This is due to the equal distribution of the results and of course also has to do with the edge lengths of a cube. Mathematicians also call such cubes fair or ideal. However, if the results are not equally probable, although it looks like this from the outside, then the cube has been "galvanized". Manipulators achieve this, for example, by changing the weight distribution in the cube as well as by differently rounded edges or uneven surfaces. A galvanized cube is often easy to unmask because it does not roll evenly before it comes to a stop.
As already mentioned in the chapter on the history of the cube, there is not only the six-sided cube, but also a multitude of other cubes, some with very strange names. For example the Deltoidalikositetrahedron or the Rhombentriakontaeder – try to pronounce that out loud. In 2016 mathematicians developed the 120(!)-sided cube D120. No cube had so many sides before.

Dice at the Casino

There are also various other games in the casino in which dice are used. For example, the game Craps, also called Seven Eleven, is very popular in the USA. It is a simpler version of the British game Hazard, which found its way to New Orleans at the beginning of the 19th century. In the game, money is bet on the result of individual throws. A feature that players particularly like is the sense of self-determination that craps conveys, since you can throw the dice yourself. Furthermore, it is a very social game, as many people watch the player and, depending on the result, cheer or mourn together with them.
Of course, you have to make sure that dice are not manipulated, especially in the casino. In order to guarantee the Laplace probability, transparent dice are often used in the casino, as manipulation attempts can be detected more quickly this way. In addition, the dice are often provided with serial numbers and the name of the casino, so that no one can secretly exchange his dice for these. Sometimes even UV light is used to protect the dice from zinc plating.

Are you also a big game fan and would rather play with strategy than with Laplace probability? Then visit our great online casino Wunderino! We have a wide range of games of chance where your strategic skills are needed – how about a legendary game of poker, for example? With our Wunderino app, you can even win big on the go. Here we go!

Online casino all well and good, but you want to get to know the big wide casino world? We have the best casino locations in America for you. Viva las Vegas!