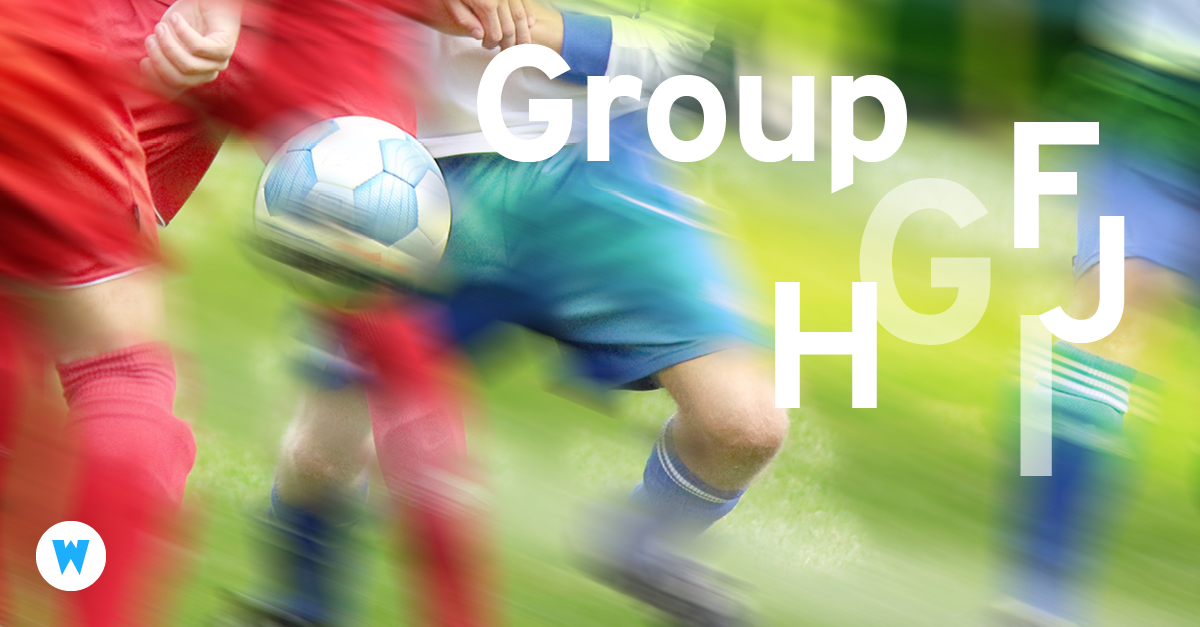 Welcome to the second part of the three part analysis of the Euro 2020 Qualifiers and competition. In the second part we will look at the latter five groups from Group F to J. If you’re looking for or interested in groups A to E, take a look at part one. Part three will be looking at the top five contenders to win the Euros in 2020.

Group F of the qualifiers for the European Championship 2020

Is there even a point to talk about the first seed for group F? Afterall, Spain is in the group. They are currently 6 for 6 in the group with a 17 goals scored and 3 conceded. Let that sink in. They score a little less than 3 goals per game and concede 0.5 goals, now that is a strong statement. There are only a handful of countries who are doing better than that in Belgium, Italy, and England. The second seed, that is a different story entirely. Currently Sweden is in the lead to grab the spot for itself with 11 points and the odds are 7/5. But they are far from safe. With odds of 9/2 and 11/2, and trailing by one and two points respectively are Romania and Norway. With four final games, Sweden has the easiest opponents in Malta, Faroe Islands, Romania, and Spain. Both Romania and Norway have to play each other once more as well as Spain. Assuming that all three lose to Spain, if Sweden beats Romania, it will be in a prime position to secure second place. If they lose, it will turn into a very interesting finale for the group.

Group G of the qualifiers for the European Championship 2020

Group G is another messy group with technically all but one team still in the competition for both first and second places. Current leading team and betting favourite for the first seed is Poland sitting at 13 points with odds of 7/5. Even though they are frontrunners to finish first both Austria and Slovenia can dethrone them. Austria, who is the likeliest candidate in the opinion of the betting community, sits on 10 points and odds of 9/2 to replace Poland as the first seed and Slovenia at 11 points and 9/1. However, when looking at second place, the three national teams are joined by Israel, who share the same amount of points as North Macedonia at 8. Albeit, for the Northern Macedonians, Israel has higher odds to finish within the top two at 5/1, while they have a 17/1 chance. It really is up for grabs in this group and the closest favourite we have is Poland.

Group H of the qualifiers for the European Championship 2020

Group H for holy moly, how is France not in first place? The current reigning World Champion France sits second, only behind in goal difference to Turkey. Just as with the previous group, group G, there are three teams contesting the first seed. The third team, surprisingly to all, is the world sensation team Iceland! Sitting behind France and Turkey, who are on 15 points each, with 12 points. Considering the group entertains the current best team in the world, France has the highest odds to advance in first places with 57/50 (or 1.14) with Turkey on 6/1 and Iceland 17/1 odds. When looking at the top two, Albania, who sit on 8 points, have a slither of hope to advance with 34/1. Most likely, unfortunately for the Albanians, the second place will be fought over between Turkey and Iceland with Turkey slightly edging it with odds of 3/1 versus 12/2 of Iceland.

Group I of the qualifiers for the European Championship 2020

The penultimate group is perhaps the easiest group in terms of predictions and has the most inform team in these qualifications. Belgium who are 6 for 0, have an absolutely crazy goal difference of 19 goals scored and only 1 conceded. Quite righteously many believe that they have already solidified 1st place, with the only possibility being if Russia beats them and they end up losing on goal difference. This is unlikely. Although the betting community give russia a 10-to-1 odd of stealing first place from Belgium. The second spot is almost also guaranteed to go to either one of these teams, but most likely Russia. Who sit 3 points behind Belgium at 15, suffering their only loss to them too. The closest team in terms of odds are the Scotts with a 21/1, but seeing how they have performed so far, not many believe that they would win their remaining 4 games and Russia would capitulate so badly that it would allow Scotland to surpass them. Russia needs 2 wins to guarantee second place, although a win and a draw may be enough.

Group J of the qualifiers for the European Championship 2020

Welcome to the final group of the qualifiers, group J. Here, the classical team that saw a massive upset at the World Cup, Italy, reigns supreme. With an 18 goals for and 3 against, Italy sits on top of the group unbeaten and is easily the favourite. However, an unlikely candidate emerged for the second place spot. Finland! A team that has never qualified for either the World Cup group stages nor the Euros. Finland sits firmly behind Italy with 12 points having won 4 of their 6 games, only losing to Italy. The performance of the Finns is reminiscent of the Icelandic run in the 2016 Euros. The Finns have yet to secure second seed, and the betting community favours them 27/20 (1.35) over Bosnia and Herzegovina and Armenia who are on 9 and 7 points respectively with 5/1 and 7/1 odds.

Will Finland finally make it through the qualification and celebrate their first ever Euros? Will we see an upset of France struggling to make it past Iceland and Turkey? You can make your analysis on these games and then win on some bets at Wunderino Sports. The new site already has most of the popular football leagues on there for you to look at odds and bet on. Additionally, you can bet on tennis, basketball or even handball! If you love Sports and are deeply invested into strategies, then why not try apply your knowledge and maybe win some money! So head over to Wunderino Sports for all your favourite sports related betting!