A lucky charm from ancient Egypt: The scarab 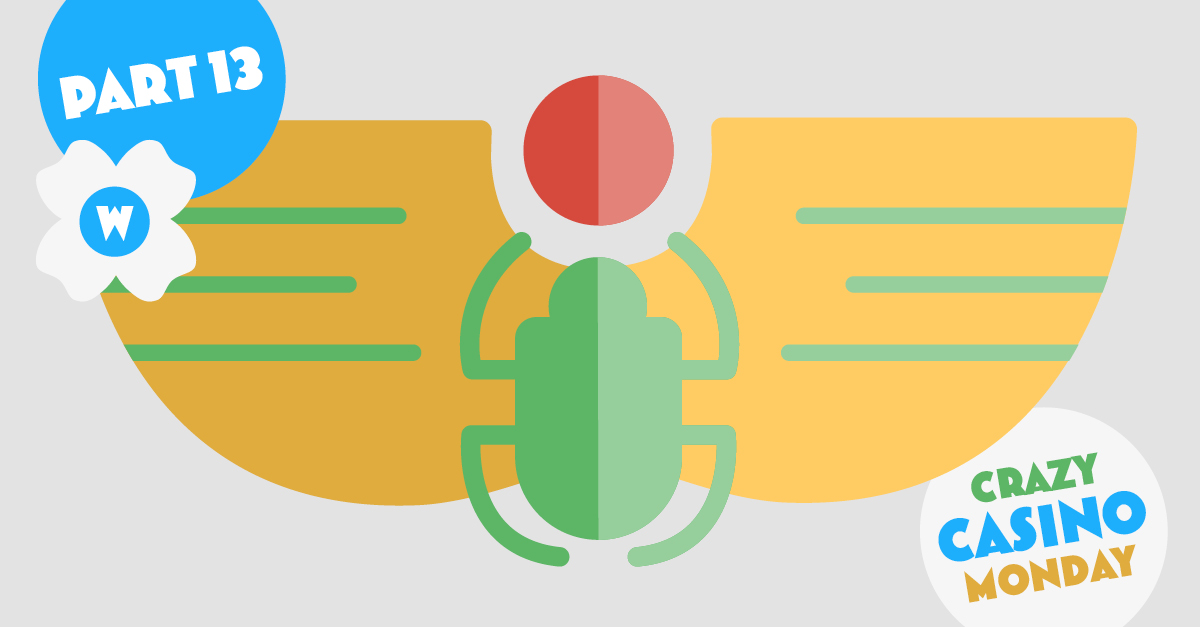 Although many people don’t like insects at all, some of these crawling creatures are regarded as valuable lucky charms. These include the black spotted ladybug, the big brown cockchafer and – the scarab. Already in ancient Egypt this beetle was regarded as a positive, luck bringing, and even godlike symbol. Surely you have seen an amulet or a wall painting of this beetle in a museum and asked yourself what is so special about it. Wunderino will reveal it to you.

A scarab is actually a dung beetle that forms dung into a big ball. He rolls it in front of him and buries it afterwards. Of course, this clever insect doesn’t do this for fun. Instead, the scarab lays its eggs in the dung ball and dies. At first this doesn’t sound so appealing – but it has an important function. The descendants can feed on the manure until they are finally big enough to crawl back to the surface. Since the ancient Egyptians could only see an old beetle going under the earth and a new one rising from it, the scarab appeared to them as a symbol of rebirth and new life. In ancient Egyptian culture, the lucky charm is usually formed from stones such as amethyst, lapis lazuli or garnet. Hieroglyphs with important messages are often found on their flat even underside. Messages on scarabs are also suitable for distribution throughout the whole country because of their small size.

The scarab was also associated with the god Chepre, who stands for sunrise and rebirth. Various mural paintings therefore frequently show Chepre with a scarab head. Also, the dung ball, which a scarab is pushing, was interpreted as sunlike by the Egyptians because of its round shape. Even the beetle’s shimmering golden shield was a solar sign for them, as it reminded them of the glow of the sun. Since it was assumed that scarabs would drive away cold and darkness, the amulets and stones were also a popular grave gift, for example for pharaohs.

But not only because of its association with the sun, was the scarab an honoured insect and symbol in ancient Egypt. It also owes its positive reputation to a phenomenon handed down from that time.The Egyptians discovered that the scarab always appeared in their homes when there was a flood on the Nile soon afterwards. Floods sound bad at first, but in fact they provided the Egyptians the desired harvest.

We are enthusiastic about the world of the pharaohs and scarabs and don’t get enough of it. So it’s no wonder you can dive into ancient Egypt with Wunderino – Ra & The Scarab Temple is an exciting slots game waiting for you.

Do you have some other lucky charms at home and want to know if they really bring you luck? Find out at Wunderino! In our online casino you’ll find a wide range of games including Blackjack, Poker, Roulette and Slots. Even when you’re on the go, the Wunderino app gives you the chance to win big. Come and have a look, we await seeing you!

Less graceful, but an all the more popular lucky charm – the lucky pig. Do you also carry a little pink piglet as lucky charm with you and ask yourself, why of all things this animal should bring luck? We’ll tell you.