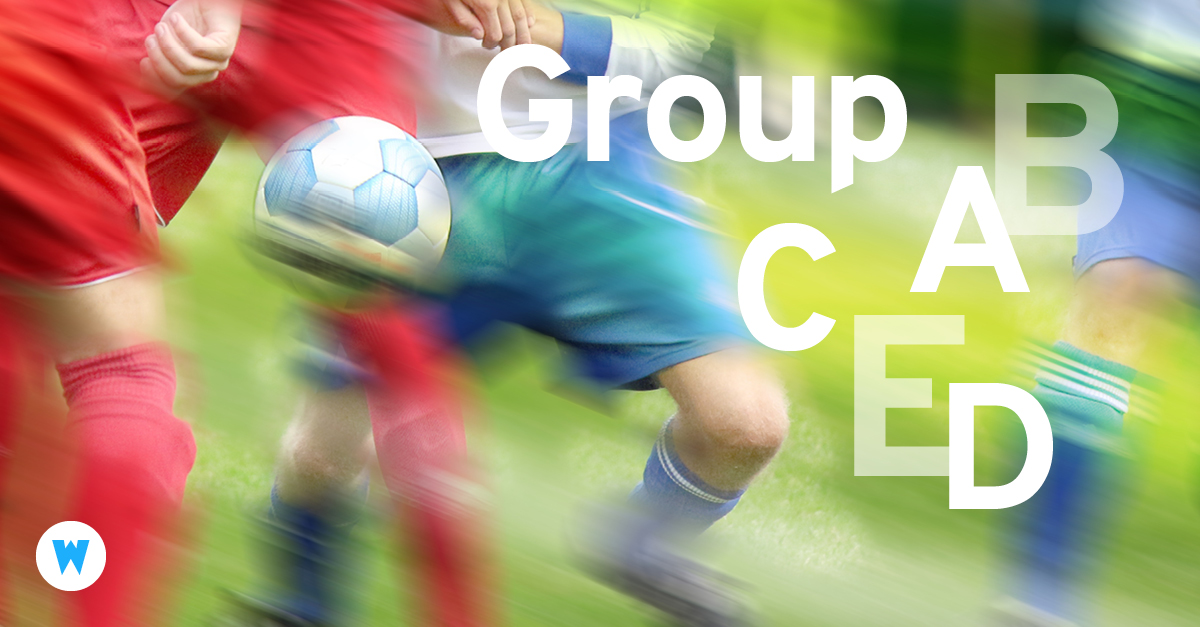 As the famous Bon Jovi song goes “we’re halfway there” and that is exactly the point at which we find ourselves regarding the Euro 2020 football competition! After the initial 3 to 6 games that each team has played, the dust has finally settled and we can start predicting more accurately who is on their way to making out of the qualifiers and who isn’t. Additionally, you can finally see properly whether the frontrunning teams to win the whole competition are up to the task or not.

Group A of the qualifiers for the European Championship 2020

The first group is one of the easier groups to predict as it has one of the frontrunners to win the Euro’s in England. With 4 games to go they sit unbeaten with a 4/4 streak. A firm favourite to make it out in first place with odds of around 1/41. They are followed by a battle for second place between Czech Republic and Kosovo, who sit 1 point behind the Czechs. This is a tougher bet as overall the Kosovars have a strong squad but have underperformed. The betting community believe that the Czechs should have this in the bag with a 3/2 odd of finishing second in comparison to Kosovo who sit at 12/5 odd. However, with 4 games to go, it is uncertain who will grab the second seed.

Group B of the qualifiers for the European Championship 2020

Group B has the current defending Euro champion in Portugal alongside strong teams in Ukraine and Serbia. Portugal are surprisingly to many behind Ukraine who sit at 13 points out of a possible 15, winning 4 and drawing 1, while Portugal sit at 8 points with a game in hand. With 3 (4 for Portugal) games to go the first and second spots are still up for grabs. Portugal, despite their current position, sit ever so slightly ahead of Ukraine in terms of odds for the first place at 19/10 versus 2/1. While many believe Ukraine and Portugal will take first and second seeds, Serbia still has an opportunity to snatch it from either on of them and have odds of 6/1 in taking second seed. This group will be interesting to watch whether Serbia can dethrone the two current favourites.

Group C of the qualifiers for the European Championship 2020

Enter the behemoth group, with two classical teams to watch: Germany and the Netherlands. However, you may think this group is crystal clear and that’s where you are wrong. The Netherlands have been lacking in recent years and it has been showing. In an unlikely candidate Northern Ireland has put up a real fight in the group sitting in second place with the same record as Germany at 4 wins 1 loss with the Netherlands in third with a game in hand. Despite playing so well, Northern Ireland still remains the outsider for both 1st and 2nd seed of the group. Germany maintains the lead with a 37/20 odd (or 1.85) followed closely by the Netherlands at 9/4 for first place. Northern Ireland has much higher odds for second place, 8/1, versus first place of 21/1 odds. As of right now this, surprisingly, is the closest group in terms of which three could take the two available spots. Maybe placing your faith in Northern Ireland may repay you back well, especially considering how badly the Netherlands has been in the past years on a national level.

Group D of the qualifiers for the European Championship 2020

Welcome to perhaps the first real group without a frontrunner to win the entire tournament. Switzerland is considered the strongest national team out of the five with Denmark and Ireland following. Similar to group B where the likeliest team does not occupy the first position, Switzerland, who have a 19/10 odd to finish first, sit third with 8 points but with a game in hand. Above them Denmark with 9 points after 5 games (2 wins and 3 draws) who have an odd of 11/4 to finish first. Reversed to the current prediction, Ireland sits in the first seed with 11 points. They have the lowest odds out of the three to finish both first and in the top two at 11/2 and 37/20 (1.85) respectively. Switzerland looks in the strongest position to claim the first seed as they have one game in hand which, if they win, would place them in first with 11 points and a better goal difference. As long as Switzerland beats both Denmark and Ireland, they should secure the first spot. Realistically, Ireland and Denmark will be competing for the second place with their encounter against each other on the 18th of November in Ireland likely being the game that decides whether the Green Island will qualify or the Vikings.

Group E of the qualifiers for the European Championship 2020

Arguably the most competitive 5-team group, and the final 5-team group in this blog. Group E has 4 teams competing for the two qualifying seeds. Croatia currently sits as number one with 10 points. Considering their deep and somewhat unexpected run into the finals of the World Cup in Russia, bet makers have put odds of 34/25 (1.36) for them to finish first and 21/20 (1.05) to finish in the top two. Behind the Croats are the current fourth place (but a game in hand) Welsh with 6 points. They have the second best odds at 7/1 to snatch the first seed and 21/10 to secure top two. However, the second seed is anything but confirmed for Wales. Slovakia and Hungary sit both on 9 points and are fighting tooth and nail to steal the second seed. With 11/4 for Slovakia and 13/4 for Hungary, it will be a competitive seed and the Welsh will absolutely have to win their game in hand if they want to ensure the highest chances to advance in second place or even compete for the first.

This concludes the first part of looking at the group stage odds. Is this something you are interested in? Then you should check out our very own sports betting section on Wunderino Sports! You can follow and bet on all the remaining qualifications games and on who will finish first and in the top two of the groups. The Euros don’t interest you? We’ve got you covered. Bundesliga, Premier League, Seria A, La Liga and many more leagues are available for you! Want to dive into betting on a new sports for you? Try Basketball, Ice hockey, or Tennis. We’ve got it all! It is time to test your analytical skills and try to make some money with those.