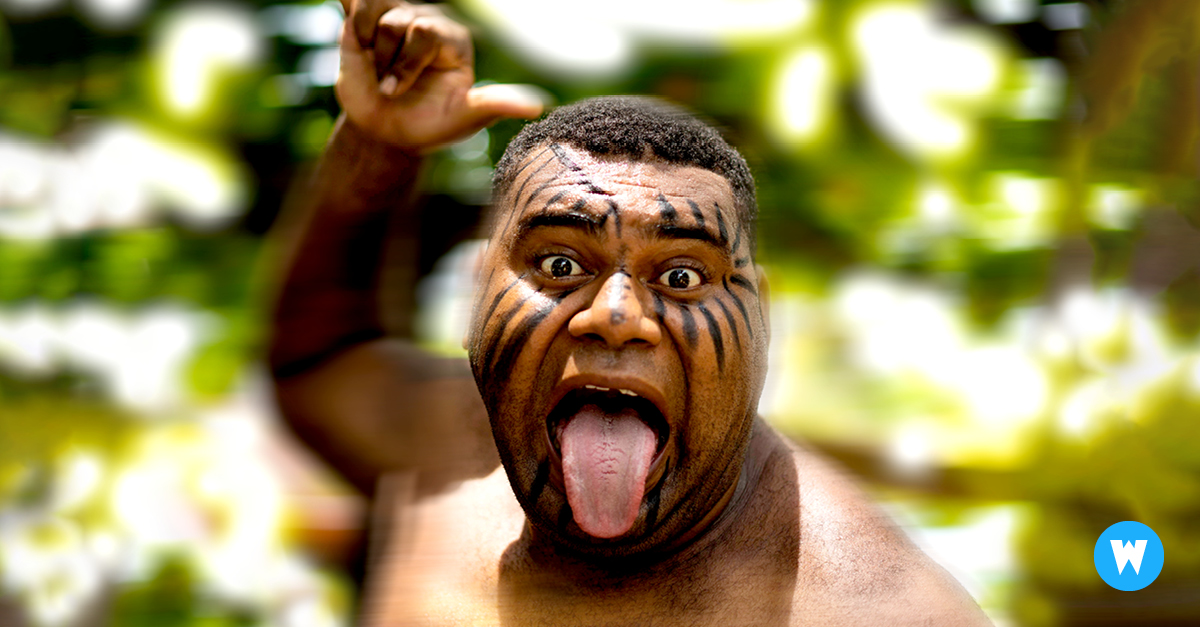 The mouth opened and a loud scream came after, the eyes wide open, ready to raze everything and everyone to the ground, tongues stretched out, the faces distorted to a grimacing look, completely grotesque. For the non-specialist spectators it is strange, almost frightening – for the players and fans of the New Zealand rugby team Allblack an almost everyday ritual: TheHaka. Originally coming from the vastness of the New Zealand jungle, the Haka is a ritual dance of the Māori – and also an indispensable part of the Allblacks game preparation.

Performed by armed men, the dance was frequently used by the Māori to intimidate opponents before a military conflict. The players of the Allblacks are not really armed – as long as one does not call 130 kilograms of body weight and a height of 1.97 meters a weapon. Especially, if they are highly motivated in a full sprint with a battlecry, holding the rugby in their hands. The facial expressions of most of the opponents can be read: The Haka with its attempt of intimidation does not seem to miss its target.

Perhaps that’s exactly what makes the Allblacks so successful. Since the first Rugby World Cup was held in 1987, the New Zealanders have won three titles (1987, 2011, 2015). They are not only the reigning world champions of the Rugby World Cup but also the most successful team.

The Rugby World Cup (more precisely: Rugby Union World Cup) takes place every four years.erhaps surprisingly for some, the tournament is the third most viewed sporting event in the world after the Football World Cup and the Olympic Games. And on September 20 2019, the tournament will be held for the ninth time to date. This year’s venue is Japan, the final will take place in Yokohama.

The Allblacks are going into the tournament this year again as the favourites.

Now to the most important part, the odds and your personal chance to win. How can you earn money with this polarizing sport? As always, we’ll give you a brief overview.

The Wunderino-Sport odds make it relatively clear that this year’s World Champion New Zealand will again be the favourite in the tournament. It remains to be seen whether they will be able to live up to this role – thanks to their strong preparation, experts are currently more likely to see South Africa with their "Boks" ahead. It’s precisely this preparation that doesn’t run smoothly in New Zealand, where the team has recently been under great media pressure. The omens could therefore be better. Nevertheless, the Allblacks should not be underestimated – even though they are currently no longer number 1 in the world rankings for the first time in more than ten years.

In our opinion, betting on Wales could prove extremely lucrative. The Welsh have only recently surpassed the Allbacks in the World Rugby Rankings and claimed the number one spot – plus pretty high odds, which would increase your bet tenfold if you are right with this bet.

But enough of words! This World Championship will definitely be exciting. Do you also want to get involved? Then let’s get going! You can also rely on Wunderino Sport for many other sports and events. With the Wunderino App you are also mobile and besides Wunderino Sport you can also access your online casino from anywhere. Remember: there are regular bonuses and free spins waiting for you!

Rugby doesn’t interest you that much? You like basketball more? Then we have exactly the right thing for you: Mr. Maverick himself and everything worth knowing about odds in the NBA.